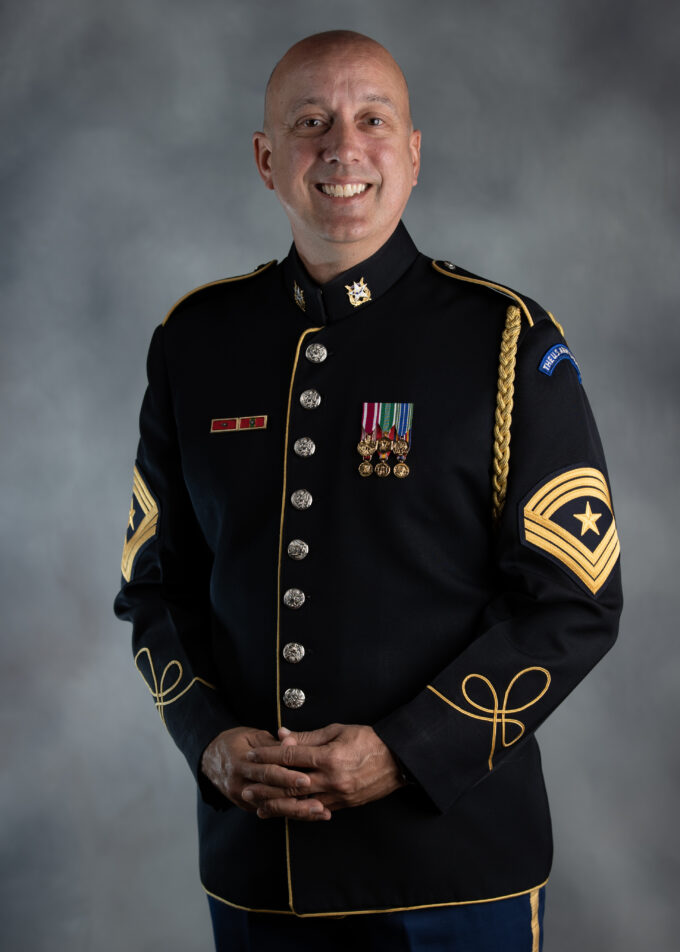 SGM Clifton Ogea hails from Ishpeming, MI, a small mining town in the Upper Penninsula of Michigan. Ogea began his vocal career cantoring at his hometown church, and started taking voice lessons at age twelve with a professor at Northern Michigan University. He later earned a scholarship to attend the world renowned Internlochen Arts Academy where he spent his junior and senior years of high school concentrating on vocal performance. He earned a Bachelor of Music degree from the Eastman School of Music in Rochester, NY, one of the nation’s top conservatories. Ogea has been a member of The U.S. Army Chorus since 1995, peforming for presidents and world leaders at such prestigious venues as the White House, The Kennedy Center for the Performing Arts, Strathmore Music Center, and Lincoln Center. He has also sung for professional sporting events at Camden Yards and the Verizon Center, and appeared on such television programs as NBC's The Today Show and Larry King Live.