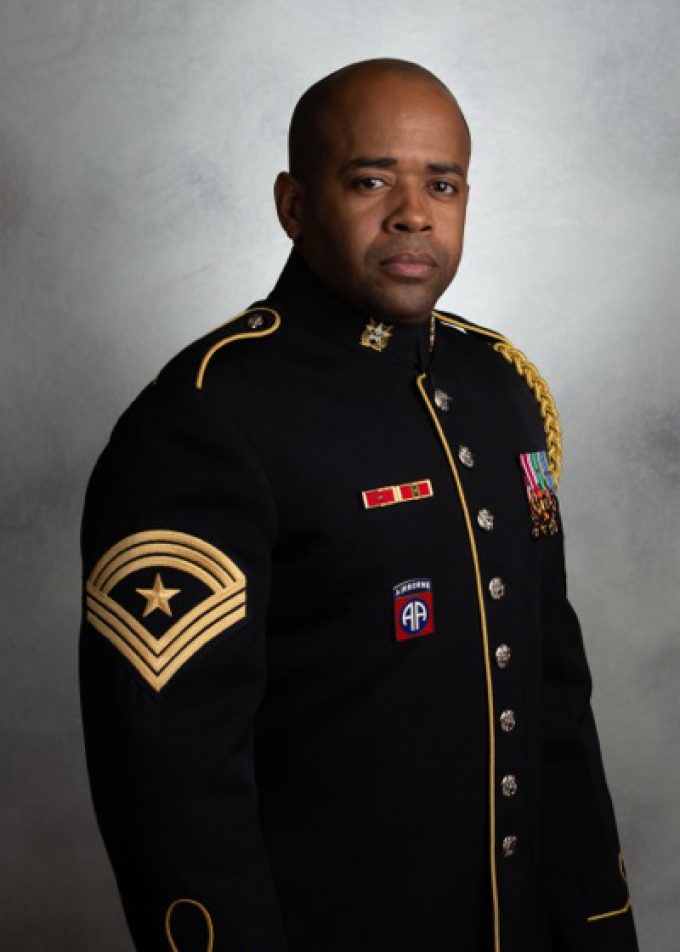 SGM Colin Eaton has been lauded as ‘a commanding tenor that sings with great aplomb’ (Washington Post) and ‘possesses the ability to dazzle audiences with ease’ (Baltimore Sun). He is known around the Metropolitan DC area and internationally for his classical and operatic repertoire. His oratorio and operatic roles have included Mendelssohn's St. Paul (National Philharmonic), Carl Orff's Carmina Burana, Rossini's Stabat Mater, Bruckner's Te Deum, Mozart's Requiem, La Fille du Regiment (Tonio), Porgy & Bess (Mingo), and Le Nozze di Figaro (Don Basilio and Don Curzio). As a member of the world-renowned U.S. Army Chorus, Eaton is known mostly for his vocal versatility, which spans opera and gospel, to 80’s hair metal! In the summer of 2004, Eaton had the honor of serving as a featured soloist at President Ronald Reagan's interment ceremony in Simi Valley, CA, for a live audience of Hollywood and politic elite as well as a worldwide television viewing audience. Of SGM Eaton’s numerous musical accomplishments, he is most proud of being a featured soloist for seven of the Sergeant Major of the Army's Hope and Freedom tours to Kuwait, Iraq and Afghanistan between 2002 and 2010.