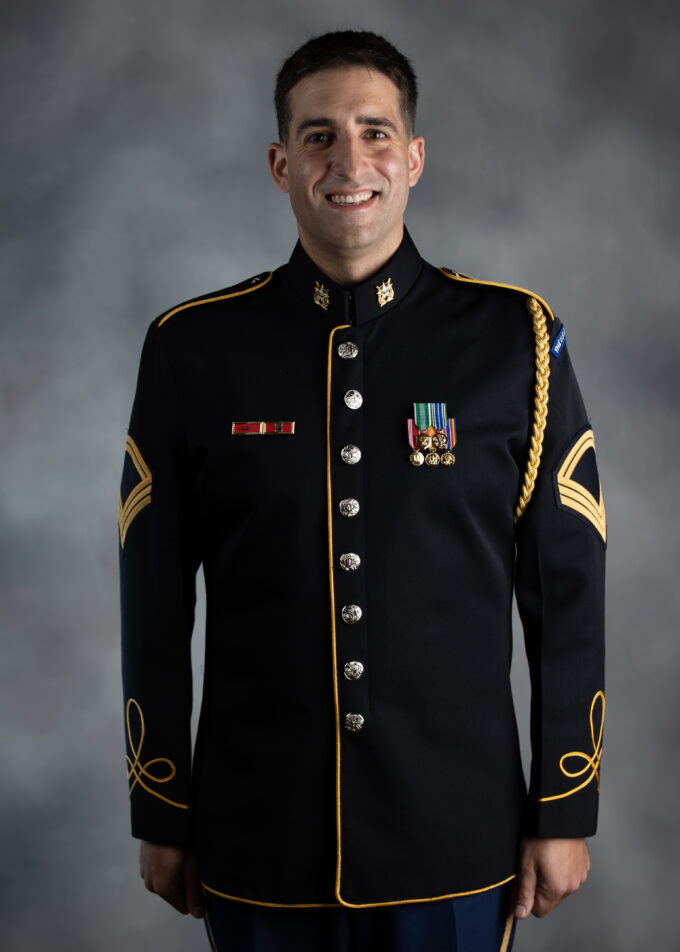 Born on Long Island, New York, and raised in Connecticut, SFC Dan Campolieta began studying piano at an early age and began playing the organ in middle school. He attended the University of Connecticut where he graduated in 2008 with bachelor’s degrees in both Organ Performance and Music Education. In 2007, Campolieta began his eight-year tenure as Organist and Associate Music Director at Asylum Hill Congregational Church in Hartford, Connecticut, a large, musically active, mainline Protestant church. During that time, he was also in demand as an accompanist, chamber musician, and jazz pianist in the Hartford area. In 2015, he won his position in The United States Army Band “Pershing’s Own” as pianist with The U.S. Army Chorus.Campolieta's musical interests range from performances of historically informed early music to that of the most avant-garde composers…and everything in between. A lover of new music, Campolieta has premiered works by Morten Lauridsen, Steven Sametz, and jazz bassist Rufus Reid.A published composer himself, Campolieta's first CD, Guided Imagery, was released in 2012. He appears as a sideman or arranger on several other recording projects across many musical genres. He has performed solo organ recitals in several notable venues, including the Wanamaker Organ in Philadelphia and the West Point Cadel Chapel. In his spare time, he enjoys running and obstacle course racing. Campolieta lives in Alexandria, Virginia, with his wife, Christen, a singer and choral director.