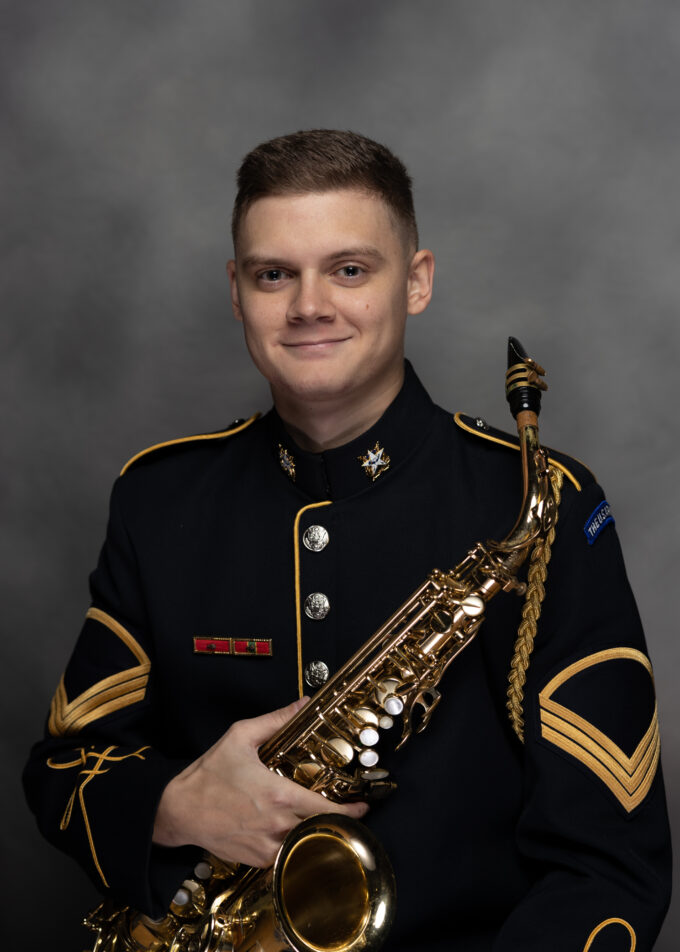 Having been raised in a family of musicians, SSG Dickinson's choice to enter a musical field required no second thought. From the age of ten, Dickinson has devoted himself to the craft of performing as a multi-reed instrumentalist. He has performed with GRAMMY-award-winning artists and household names in jazz such as Ulysses Owens, Jr., Kurt Elling, Reuben Rogers, Christian Sands, Michael Dease and many others. In 2014, he recorded his jazz debut album, produced by Ulysses Owens, Jr., featuring his own compositions and arrangements of standard jazz repertoire, enjoying international publication and the #2 spot on CMJ, and placement on the ballots for the GRAMMY awards. A year later, Dickinson was featured on Carter Calvert's album entitled "It's a Man's World" as both arranger and saxophonist for the Broadway star's second highly acclaimed jazz release. Other artists featured include Laurence Hobgood, Marco Panascia and Joel Frahm. In 2018, Dickinson was selected to participate in the Metropole Orchestra’s arranging workshop, where he had the pleasure of writing for the esteemed Holland-based ensemble under the guidance of Vince Mendoza.

Dickinson is now a frequent contributor to the music scene in the D.C. area, and a proud member of The Army Blues.