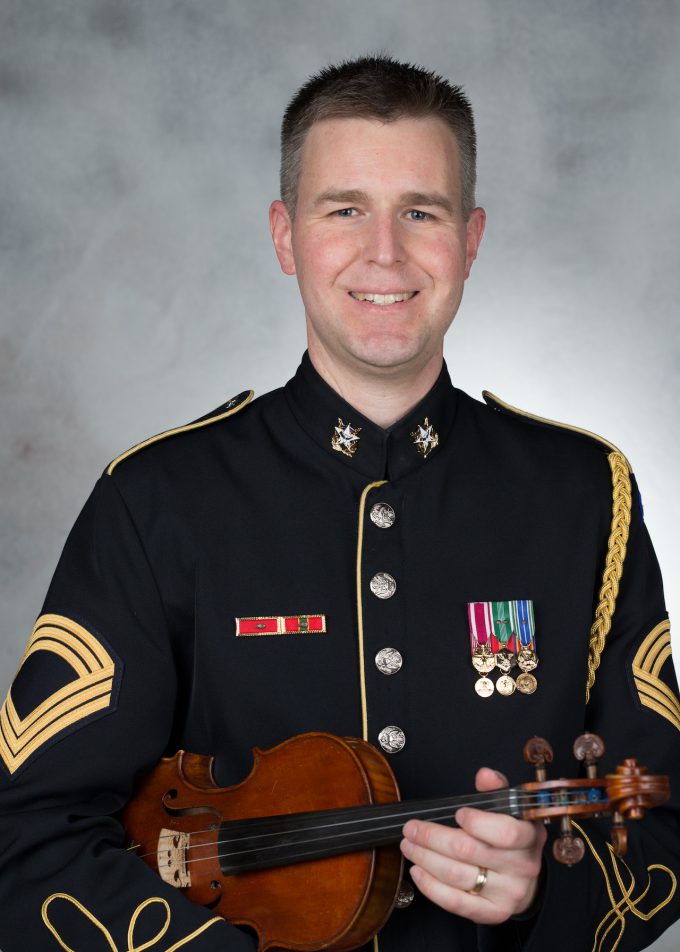 MSG Daniel Pierson hails from Kansas City, Missouri. He holds degrees from Indiana University, where he studied on scholarship with the world renown violinist Yuval Yaron, and the University of Maryland, where he received an orchestral assistantship and studied chamber music with members of the legendary Guarneri String Quartet. Pierson joined The U.S. Army Strings in 1998. Since then, he has been a featured soloist on numerous occassions, including multiple performances of the Tchaikovsky Violin Concerto and performances of Mark O'Connors' Strings and Threads. Pierson currently serves as a Violin Section Leader for the U.S. Army Strings. He has previously served as both Concertmaster of the U.S. Army Orchestra and Stroll Leader of the U.S Army Strolling Strings. Pierson resides in Arlington, Virginia, with his wife Tracy and their two children, Kevin and Audrey.