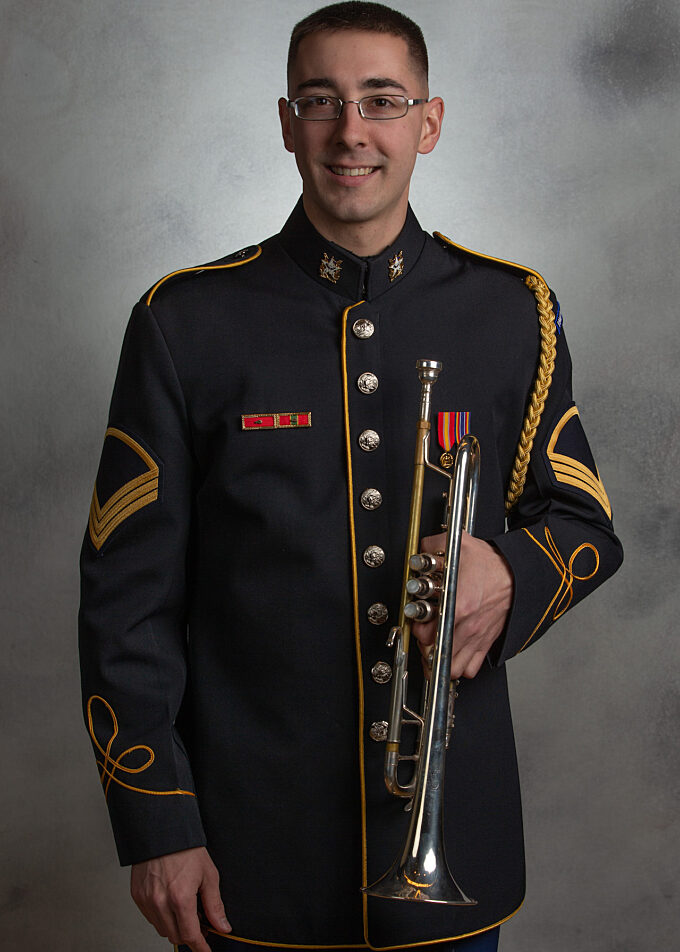 SSG Daniel Venora joined The U.S. Army Band “Pershing’s Own” Ceremonial Band in August, 2018. Venora grew up in West Hartford, CT, and attended William H. Hall High School. Prior to joining “Pershing’s Own,” he graduated from Ithaca College in 2013 with a degree in music education and trumpet performance, and went on to complete a master’s degree in trumpet performance at the Yale School of Music. While at Ithaca, Venora performed as a finalist with the Ithaca College Trumpet Ensemble at the National Trumpet Competition in 2013. At Yale, he performed as a member of the resident brass quintet at the Norfolk Chamber Music Festival in 2015. In May, 2016, Venora moved to Massachusetts, where he worked for two years at S.E. Shires Company, a custom brass instrument manufacturer, and freelanced in the greater Boston area. Venora’s primary teachers include Allan Dean, Dr. Kim Dunnick, Larry Gareau, John Jeski, and Ray Torns.