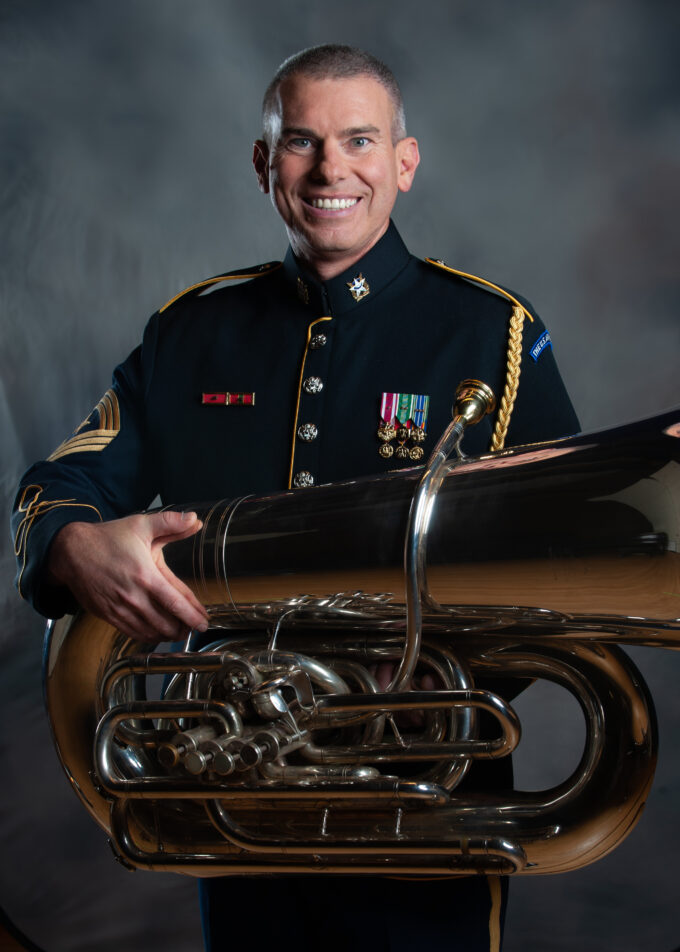 SGM David T. Brown currently serves as Brass and Percussion Group Leader and Senior Announcer with The U.S. Army Band “Pershing’s Own” in Washington D.C. He joined “Pershing’s Own” in 1995 after completing a Master of Music degree at Indiana University where he served as Associate Instructor of Tuba and was awarded the prestigious “Performer’s Certificate.” Additionally, he performs as solo tubist with the Washington Symphonic Brass. He has performed and toured with the National Symphony Orchestra and his playing can be heard on more than 40 recordings with numerous ensembles in the Washington D.C. area including The United States Army Band, the Washington Symphonic Brass and the Baltimore Symphony Orchestra. He holds a bachelor's degree in Music Education from Tennessee Technological University in Cookeville, Tennessee and his teachers include Dan Perantoni, Harvey G. Phillips, and R. Winston Morris.