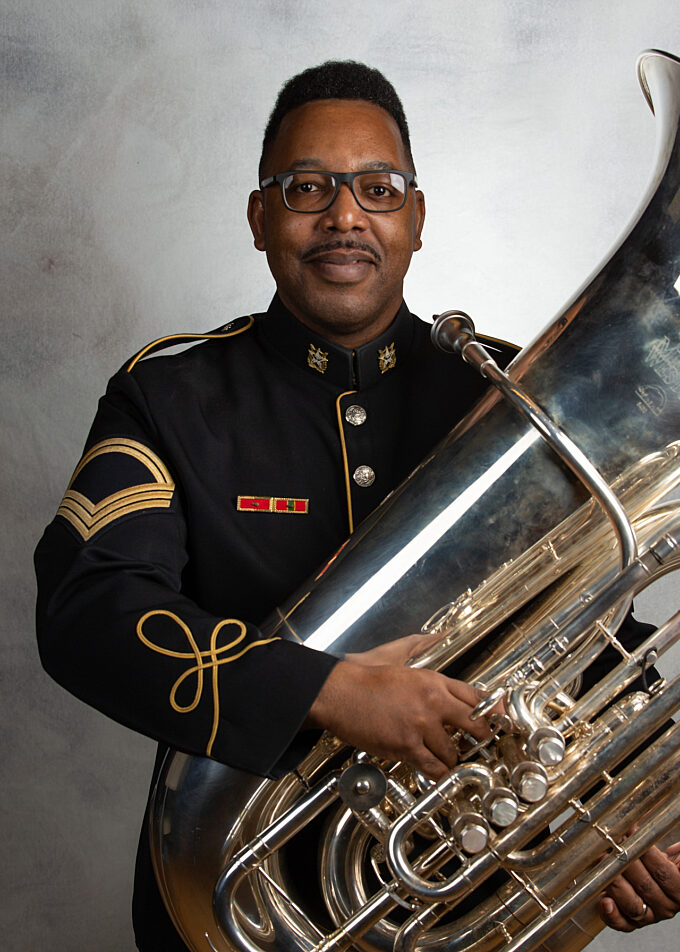 SFC David Kirven, originally from Paris, TX, joined The U.S. Army Band "Pershings Own" in 2002. He earned a Bachelor of Music degree in Tuba Performance from Baylor University. Kirven later attended the University of Kentucky where he earned a Master of Music degree in Instrumental Conducting in addition to a Master of Music degree in Tuba Performance. Prior to joining The U.S. Army Band "Pershings Own", Kirven served as the Tuba Professor at Stephen F. Austin State University in Nacogdoches, TX. Since joining the Army Band, he has been featured as a soloist with the band as well as performing as a member of The United States Army Tuba/Euphonium Quartet. Kirven currently serves as the Ensembles Coordinator for The United States Army Band Tuba/Euphonium Workshop.