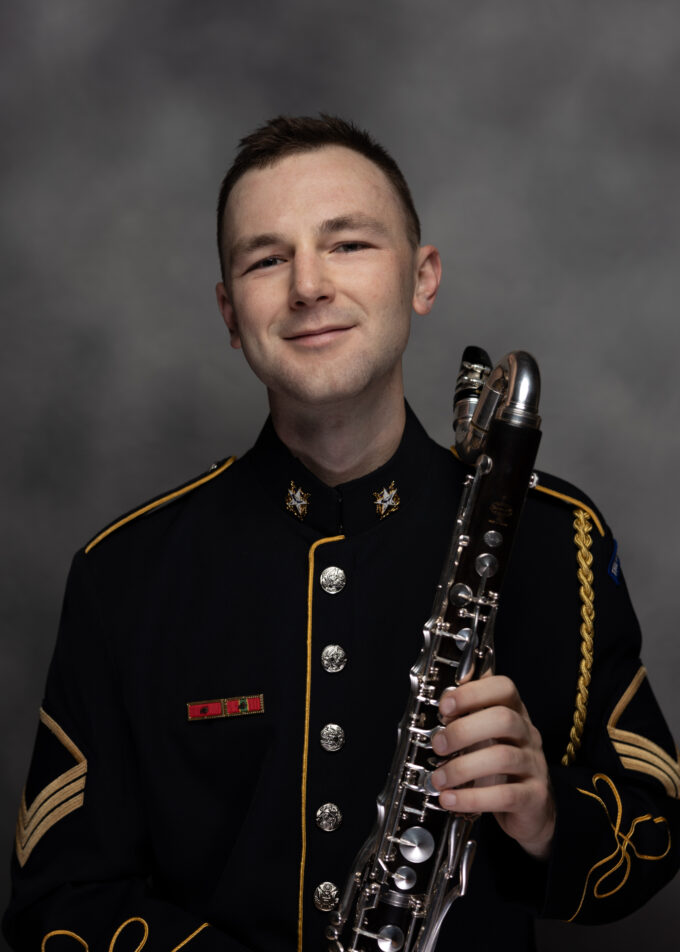 SSG Davis Hampton joined The U.S. Army Band “Pershing’s Own” Concert Band in 2021 as principal bass clarinetist. Hampton received a Bachelor of Music in clarinet performance from the University of Puget Sound in 2018. He went on to receive his Master of Music in clarinet in 2020 and Professional Studies Diploma in bass clarinet in 2021, both from the San Francisco Conservatory of Music. Hampton has performed with the Pacific Northwest Ballet Orchestra, Auburn Symphony Orchestra, San Francisco Contemporary Music Players, and hip hop orchestra Ensemble Mik Nawooj, where he can be heard on their album Death Become Life. He has also shared programs and worked with the Kronos Quartet where he premiered woodwind quartet adaptations of repertoire from their 50 For The Future project. Hampton is a 2017 University of Puget Sound Concerto Competition Winner and has spent summers at the Eastern Music Festival and the Madeleine Island Chamber Music Festival. His primary teachers include Ray Downey, Jennifer Nelson, Jerry Simas, and Jeff Anderle.