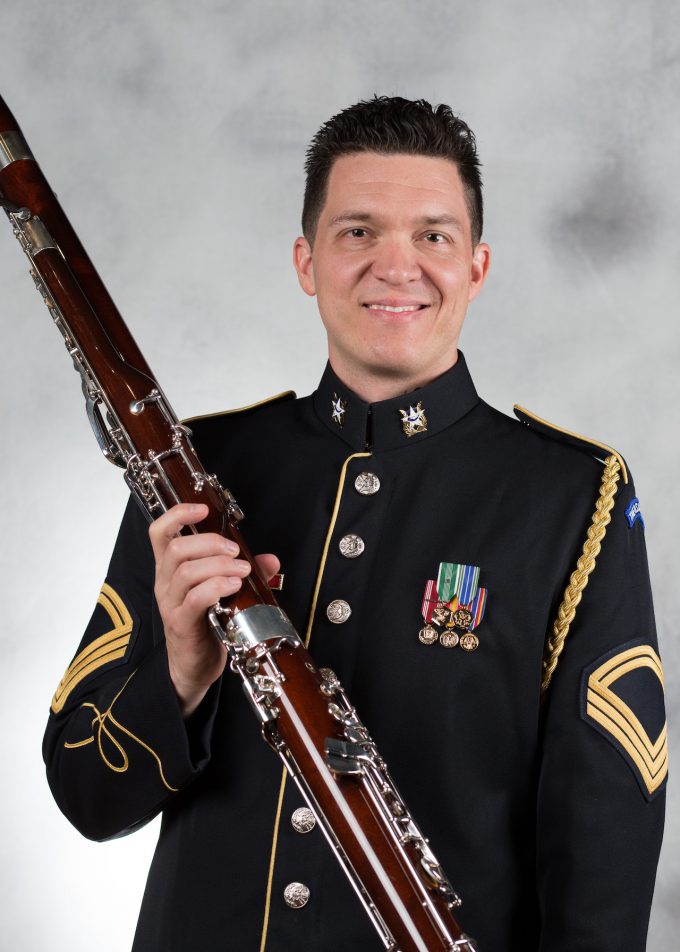 MSG Dean Woods has been a member of The U.S. Army Band "Pershing's Own" since 2000. He has won several prestigious awards at the Gillet International bassoon competition held around the world every year. Dean is currently principal bassoon of the Alexandria and the Fairfax Symphonies. He also performs with the National Symphony from time to time. Woods plays guitar, mandolin, and sings in a specialty group within the U.S. Army Band called Country Roads. He enjoys spending time with his wife Marlisa Woods, also in The U.S. Army Band "Pershing's Own," and their 2 children in Fairfax, VA.