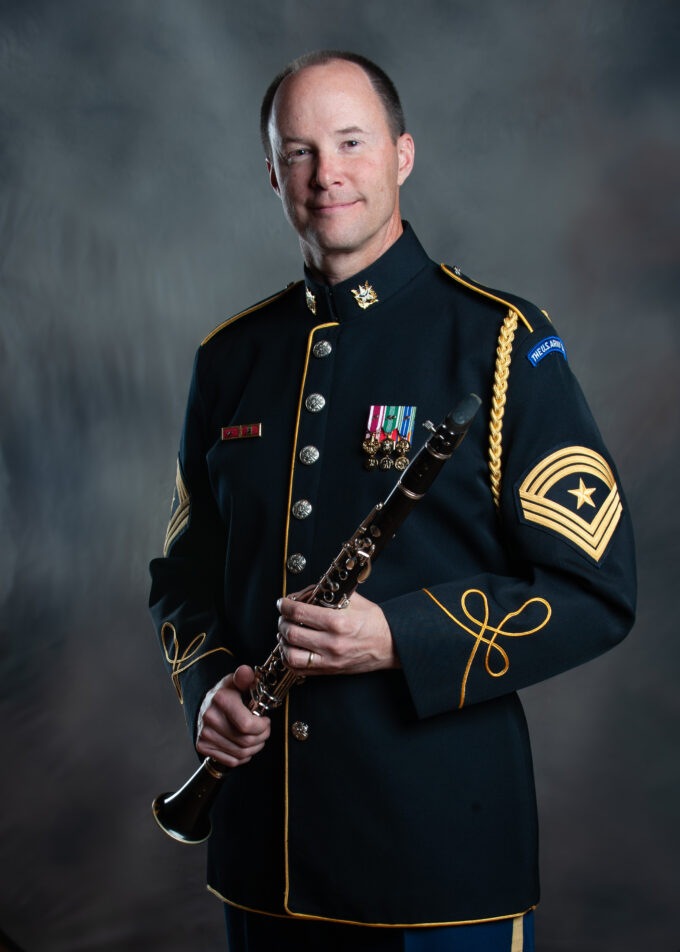 SGM Donald Hoffman is a member of the first clarinet section with the United States Army Concert Band, Fort Myer, Virginia. He also performs frequently as principal clarinetist with the US Army Orchestra, as well as pianist for the Concert Band. Originally from Northumberland, Pennsylvania, he received a bachelor's degree from the College of Performing Arts in Philadelphia. He furthered his studies at the Franz Liszt Academy in Budapest, Hungary, and Temple University in Philadelphia, earning a master's degree in performance. Later, he completed three years of orchestral training at the Curtis Institute of Music. In addition to appearing with "Pershing’s Own" since 1995, Hoffman has performed with many of the orchestras in the Washington, D.C., area, including the National Symphony and the Kennedy Center Opera and Ballet Orchestra. He has also appeared as a soloist with the Arlington Symphony, Susquehanna Valley Symphony Orchestra, and the U.S. Army Band, "Pershing’s Own." His teachers have included Ronald Reuben, bass clarinetist with the Philadelphia Orchestra, renowned Hungarian soloist, Kalman Berkes, and Loren Kitt, principal of the National Symphony.