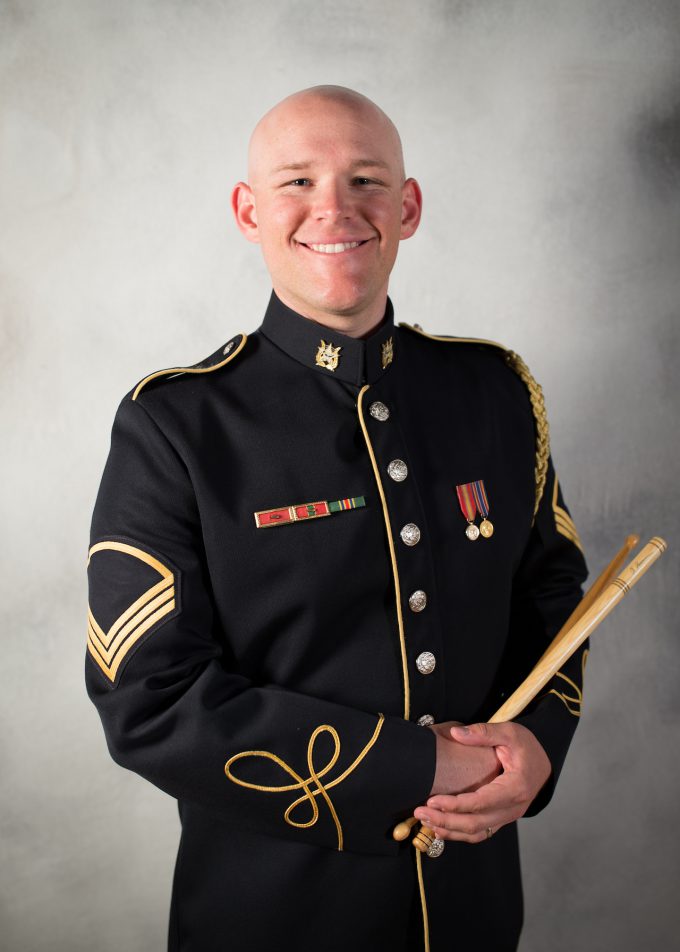 SFC DJ Palmire began playing percussion in elementary school and grew up around the United States Army Band knowing one day that he wanted to one day be a member of the organization. Palmire holds a Bachelors degree in Music Performance from the Florida State University where he studied with Dr. John Parks IV. Palmire has also studied with Jay Brown, Mario Ramsey, Scott Pollard, and Matthew Strauss.Following his time at Florida State University, Palmire decided to join the United States Marine Corps as a musician and went through boot camp at Parris Island, SC. Upon graduation, Palmire completed Marine Combat Training at Camp Geiger, NC and was sent to the Naval School of Music in Little Creek, VA. Palmire then was given his first duty assignment to the Marine Forces Pacific Band stationed at Marine Corps Base Hawaii-Kaneohe Bay. While attached to the MarForPac Band, Palmire was a featured soloist with the MarForPac Concert Band as well as a guest soloist with the Hawaii Pacific University Symphonic Band.Palmire is currently pursuing a Master of Divinity from Liberty Baptist Theological Seminary and spends his time studying the Bible, running, teaching the drumline at Woodbridge High School, and conducting the orchestra at Grace Baptist Church (Woodbridge, VA).