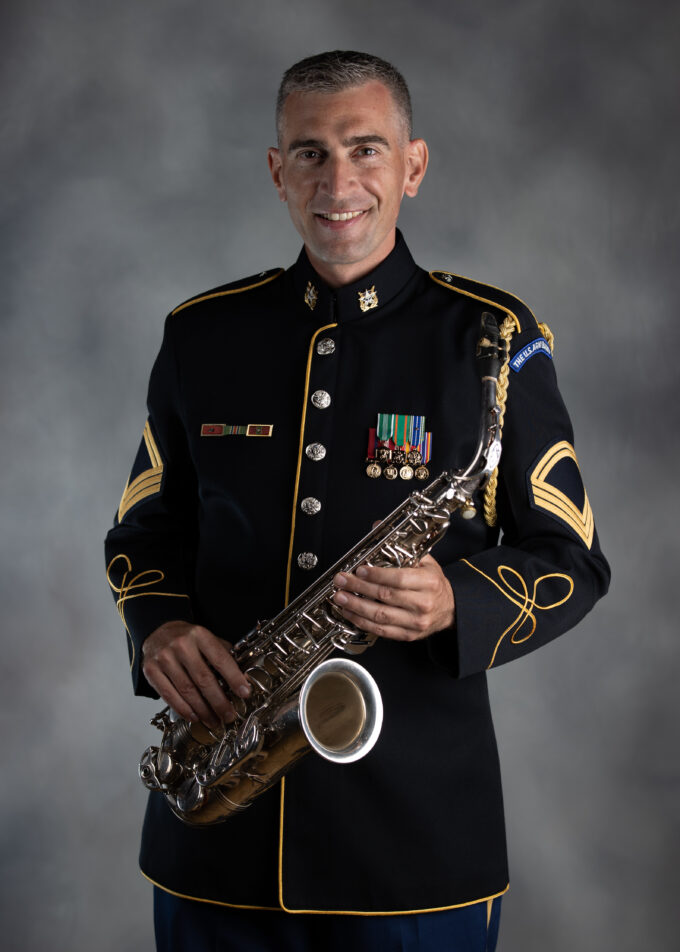 SFC Doug O’Connor hails from Potomac, MD, where he began playing the saxophone at the age of 14, and joined The U.S. Army Band "Pershing's Own" in April of 2016 as a member of the Ceremonial Band. He previously served with the U.S. Naval Academy Band, recently toured with the Airmen of Note, and taught saxophone and music theory at the University of Wisconsin in Eau Claire. O'Connor is an enthusiastic jazz and concert soloist, chamber musician, and supporter of new music: he has been a featured soloist with many orchestras, including the National Symphony Orchestra and the Thailand Philharmonic, he helped win many competitions and record new works with the Red Line Sax Quartet, and is the cofounder of Global Première, an online platform for funding and media support of new music commissions. He holds a Bachelor’s degree from the University of Maryland, and Master’s and Doctoral degrees from the Eastman School of Music. When he isn't practicing or performing, O'Connor loves photography, running, adventure travel, and listening to all of the things on NPR.