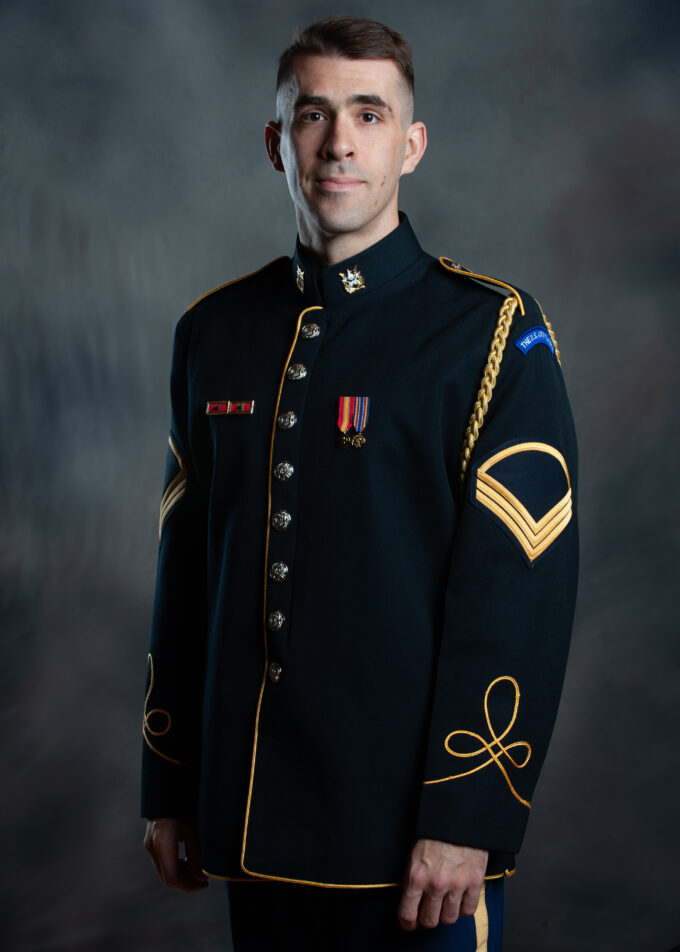 SSG Edmund Milly brings “perfect diction” (Los Angeles Times) and “mellifluous” tone (San Francisco Chronicle) to every performance. He has recently been a soloist with the Charleston Symphony, Bach Akademie Charlotte, the Oregon Bach Festival, the American Classical Orchestra, and has been heard internationally on BBC and CBC. A consummate ensemble singer, he also sings with the GRAMMY-nominated Choir of Trinity Wall Street, Clarion Choir, the Mark Morris Dance Group, and is a founding member of Trident Ensemble. The American Boychoir School gave Milly formative experiences under the likes of Seiji Ozawa, Kurt Mazur, and Sir John Eliot Gardiner – an education he eventually completed with a Master of Music from the Yale Institute of Sacred Music. At Yale, he honed his craft under the direction of David Hill, Simon Carrington, and Masaaki Suzuki, in whose Bach St. John Passion he portrayed an "authoritative and confident" Jesus (Seen and Heard International). A devoted interpreter of Bach, Milly has performed over 70 cantatas. And yet, he is always ready for new musical adventures, including recent performances with Madonna, Terry Riley, and 50 Cent.