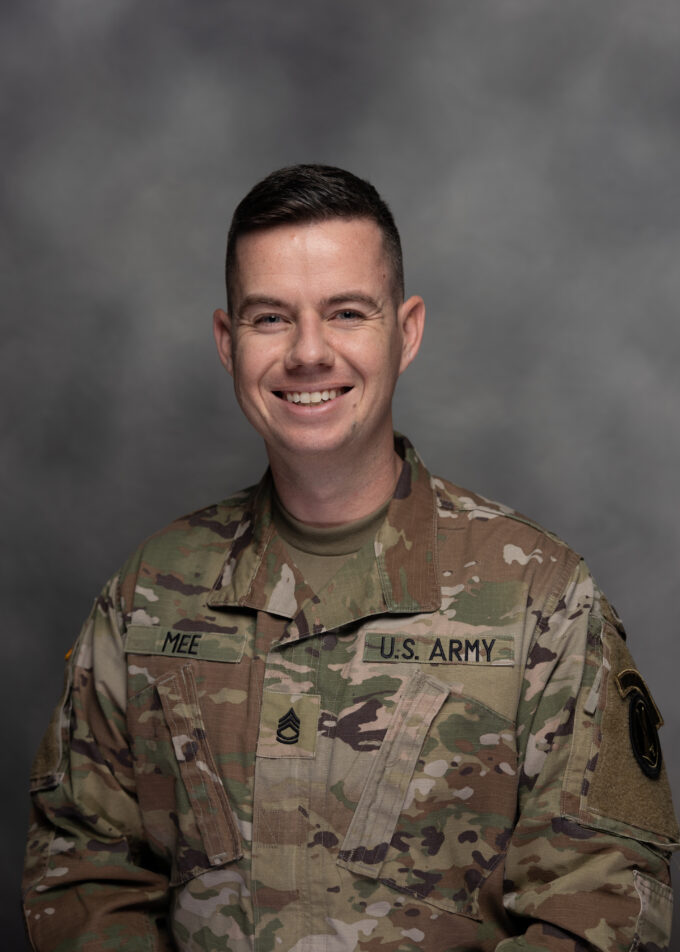 SFC Mee is the Assistant Resource Management NCO for The U.S. Army Band “Pershing’s Own.” He attended Jamestown High School in Williamsburg, Virginia, where he was a four-time 1st-Team All-State tennis player and was selected as a member of The United States Army All-American Marching Band. SFC Mee was also selected as the Wendy’s High School Heisman Award winner for Virginia in 2010. After high school, Mee attended Wake Forest University for three years studying accounting and finance before enlisting in the Army. Mee marched as a member of the 2010 Boston Crusaders Drum and Bugle Corps and the 2013 Carolina Crown Drum and Bugle Corps. SFC Mee enlisted in the Army in 2014 as a trumpet player. His previous assignments include the 1st Armored Division Band, Fort Bliss, Texas, and the 392nd Army Band, Fort Lee, Virginia. Mee graduated as the Distinguished Leadership Award recipient from the Fort Bliss NCO Academy, and has served as Information Management NCO, Operations NCO, and Bugler NCOIC at his previous assignments. SFC Mee earned his Bachelor of Science in finance from Old Dominion University, and is currently working toward a Master of Science in business analytics from Wake Forest University. SFC Mee’s greatest happiness comes from the love and support he receives from his daughter, Riley, and fiancée, Lauren.