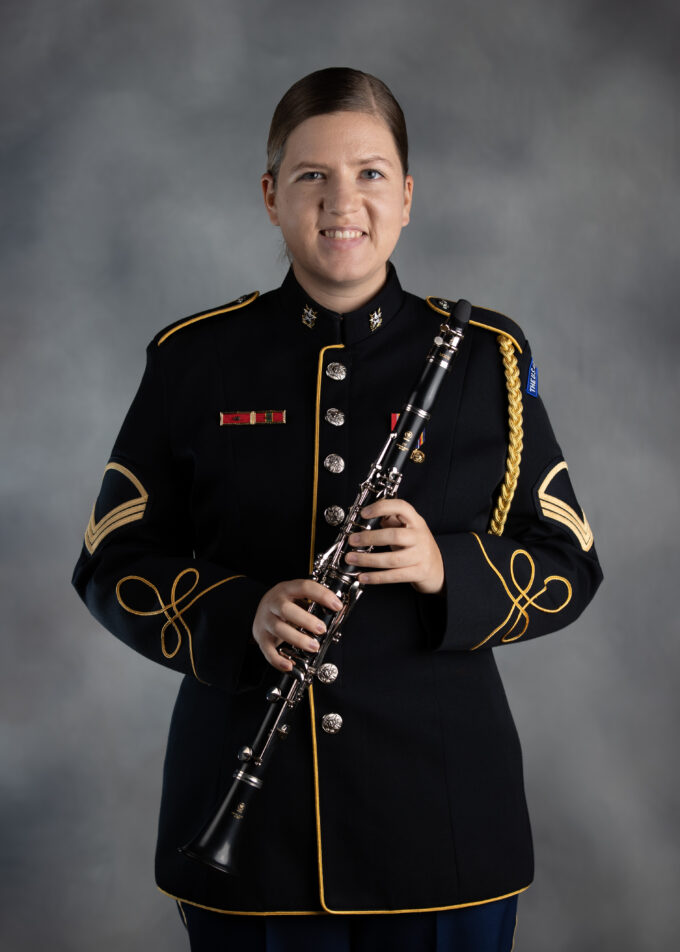 SSG Emily Kerski joined The U.S. Army Band “Pershing’s Own” in 2019. She earned her Master of Music with distinction at DePaul University and her Bachelor of Music summa cum laude at Colorado State University, studying with Julie DeRoche, Larry Combs, and Wesley Ferreira. She also studied with Angela Malsbury at the Royal Academy of Music. Prior to joining “Pershing’s Own”, Kerski was an active freelance performer and educator in Chicago, performing with Ensemble 20+, 5th Wave Collective, Noise Bias, and Chicago Symphonic Winds. A committed educator, Kerski was a faculty member of The People’s Music School and DePaul Community Music Division in Chicago, and a founding faculty member of the Junior Lift Clarinet Academy in Fort Collins, Colorado. During her year of study in London, she performed with the All Souls Orchestra at Royal Albert Hall and throughout the UK on their 2015 tour. An avid contemporary musician, Kerski performed as a Sinfonia Fellow at the 2017 soundSCAPE Composition and Performance Exchange in Maccagno, Italy, and co-founded the Modern Reeds contemporary recital series in Chicago, dedicated to the promotion and performance of chamber repertoire by emerging composers.