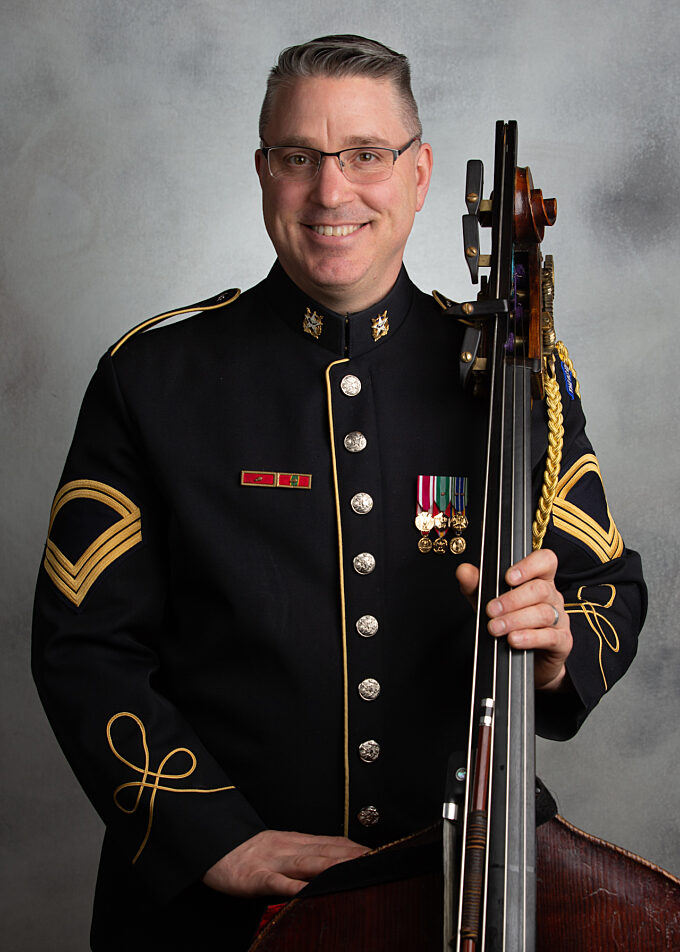 SFC Eric Seay joined the U. S. Army Band, “Pershing’s Own” in 2002, as bassist with the Concert Band. A multi-instrumentalist, with mastery of many styles, he performs in all manner of ensembles and venues. Seay grew up in Oak Ridge, Tennessee playing tuba and electric bass. He attended Indiana University and the University of Tennessee, where he studied tuba, electric and string bass, earning two bachelor’s degrees in music performance. He also earned the Presser Award at UT for his outstanding musicianship, academics, and leadership.His professional debut occurred at age 13, and some of his more notable engagements before entering “Pershing’s Own” include the Walt Disney World All American College Band and the Ringling Brothers and Barnum and Bailey Circus band, with whom he played both bass and tuba. He continues to freelance around the greater DC-Baltimore area.