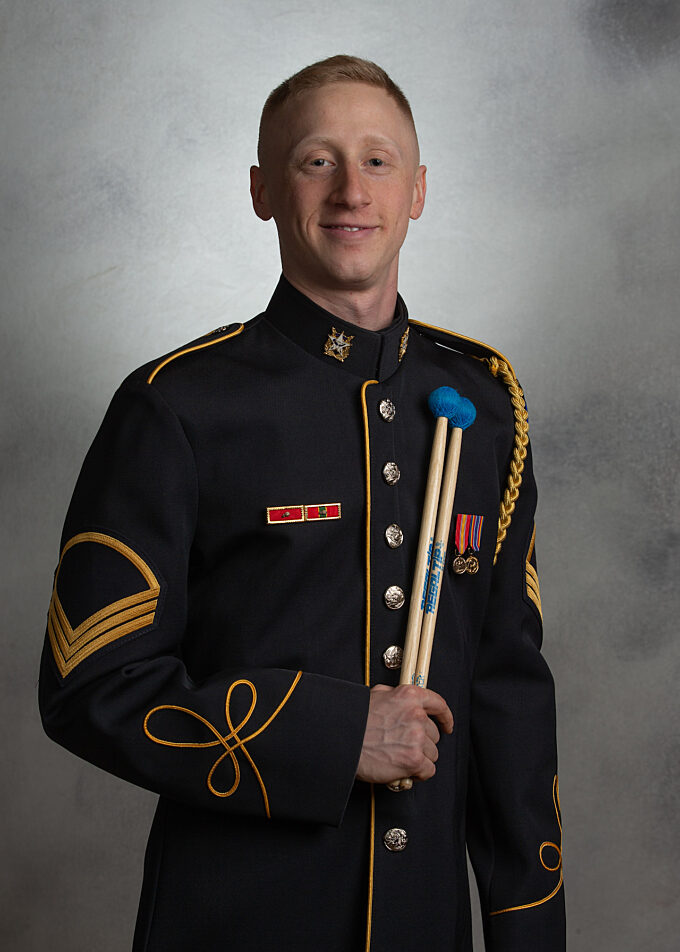 Eric Tapper Pers has been playing drums since age 13. Pers attended the University of North Texas’s prestigious Jazz Studies program where he studied under the tutelage of master educator Ed Soph. At the University of North Texas, Pers was a member of the multi-Grammy-nominated One O’Clock Lab Band and received the award for Outstanding Undergraduate in Percussion. Upon graduation, Pers moved to Anaheim, California, where he was a member of the 2017 All-American College Band at Disneyland. He performed for over one million people over the course of the summer and has attended masterclasses led by some of the most in-demand and successful musicians in the country. Immediately after his work at Disneyland ended, he won the audition for the position of drummer for The U.S. Army’s premier jazz ensemble, The U.S. Army Blues. Upon arriving at Ft. Myer, he was the youngest member in The U.S. Army Band “Pershing’s Own.” He has been living in the Washington, D.C., area since2018.