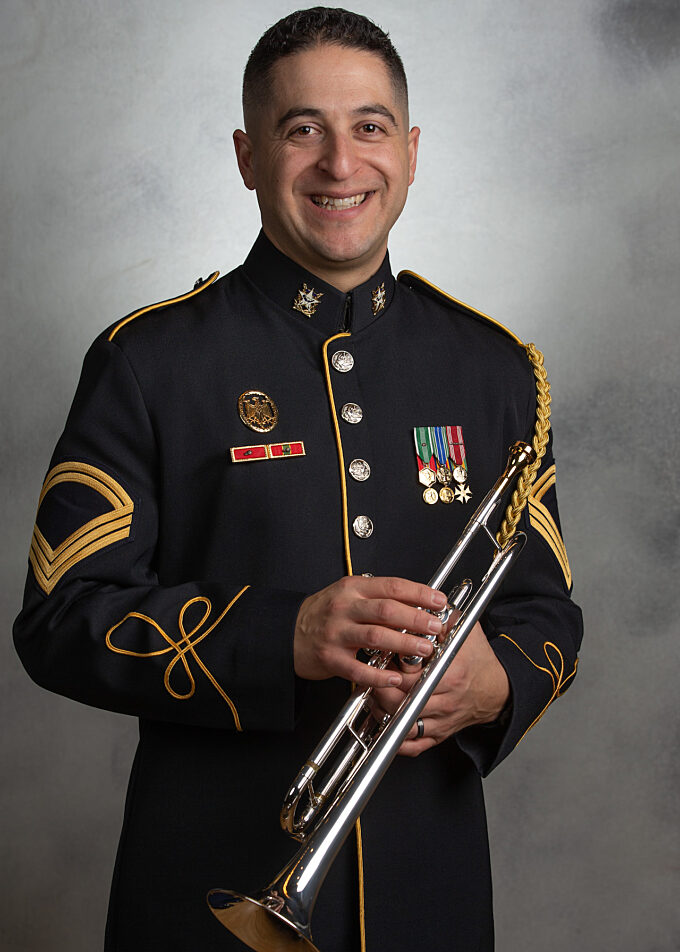 SFC EJ Ramos began playing the trumpet at the age of 10. He is a graduate of Marian Catholic High School in Chicago Heights, IL. It was here that his passion for music began. During his time at Valparaiso University he was a marching member of The Cavaliers Drum and Bugle Corps of Rosemont, IL. While with the corps, in 2003, he was named Drum Corps International’s Individual & Ensemble Champion of the Trumpet Division. Ramos has been invited back numerous times to perform at Valpo’s Annual John Phillip Sousa Concert as a guest soloist under the baton of the world renowned Sousa scholar, Keith Brion. In 2006, Ramos was selected as a soloist for the inaugural cast of “INergy,” a group created by Music for All. Since joining The U.S. Army Band in 2008, he has enjoyed performing with various professional groups in the D.C. Metropolitan Area. SFC Ramos was a member of the Ceremonial Band for the first 12 years of his career where he had the honor to perform with The U.S. Army Herald Trumpets throughout the D.C. metropolitan area and all over the United States. His teachers include Chuck Steck, Matt Lee, Anthony Plog, Rafael Glaser, Steven Burns, Edmund Cord, Steven Hendrickson, and Charlie Daval.