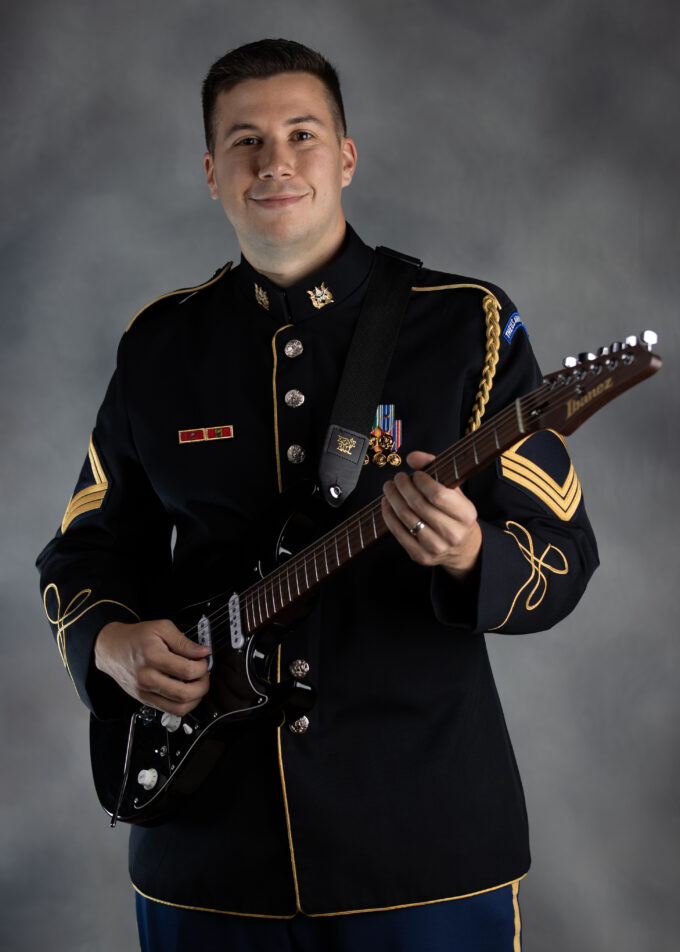 SFC Z. Waltemire is with The U.S. Army Band Downrange. Born and raised in Stewartstown, Pennsylvania, he began his musical studies at age six on the piano and branched out to the world of guitar at age ten. He holds a Bachelor of Science degree in Music Performance (Guitar) from Messiah College in Mechanicsburg, Pennsylvania. Throughout his years at Messiah College, he performed with numerous musical ensembles in a variety of genres, often as a featured soloist, from jazz and gospel, to blues and country, pop and rock, and even funk. As an educator, Waltemire has taught piano and continues to teach guitar. He was the 2013 recipient of Messiah College’s Kurt Dyrli Award for Excellence in Jazz, was selected as a member of the Mid-Atlantic Collegiate Jazz Orchestra, and was twice chosen to perform for the Pennsylvania Music Educators Association. His work has been part of multiple musical recordings, including Dana Heidel’s inspirational album, I Always Wanted to Fly.