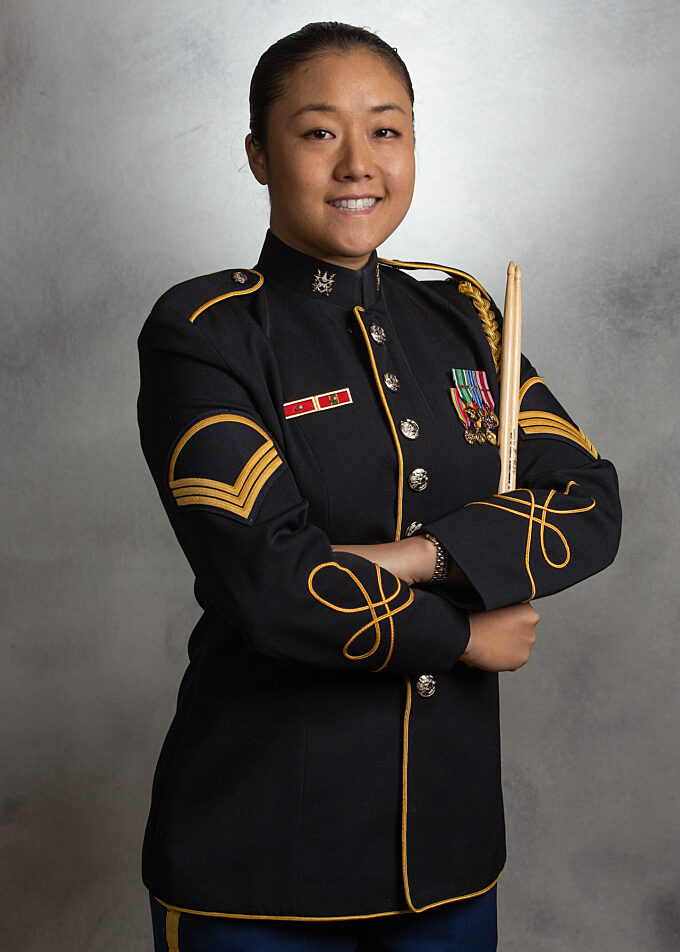 SFC Grace Chin was born and raised in Los Angeles, CA and joined the Army right after high school. Her first duty station was Seoul, Korea where she served as a percussionist and operations NCO with the 8th Army Band. In 2009 she went back to CA to attend Musician’s Institute while serving in the 300th Army Reserve Band in Bell, CA. During this time, Chin studied under the tutelage of jazz drummer Jeff Hamilton, Jason Harnell, and Chris Coleman.She marched snare drum with the Santa Clara Vanguard in 2010 and has actively taught marching percussion at various high schools and music programs in California, Virginia, and Seoul, Korea. In 2014, SFC Chin was selected to teach at The U.S. Army School of Music, where she served three years as Percussion Instructor. She then served as Percussion Section Leader and Team Leader with the U.S. Army Training and Doctrine Command Band in Newport News, VA before winning a job with The U.S. Army Band Downrange.Since joining "Pershing's Own" Chin has performed in various ensembles within the unit and enjoys playing all genres of music.