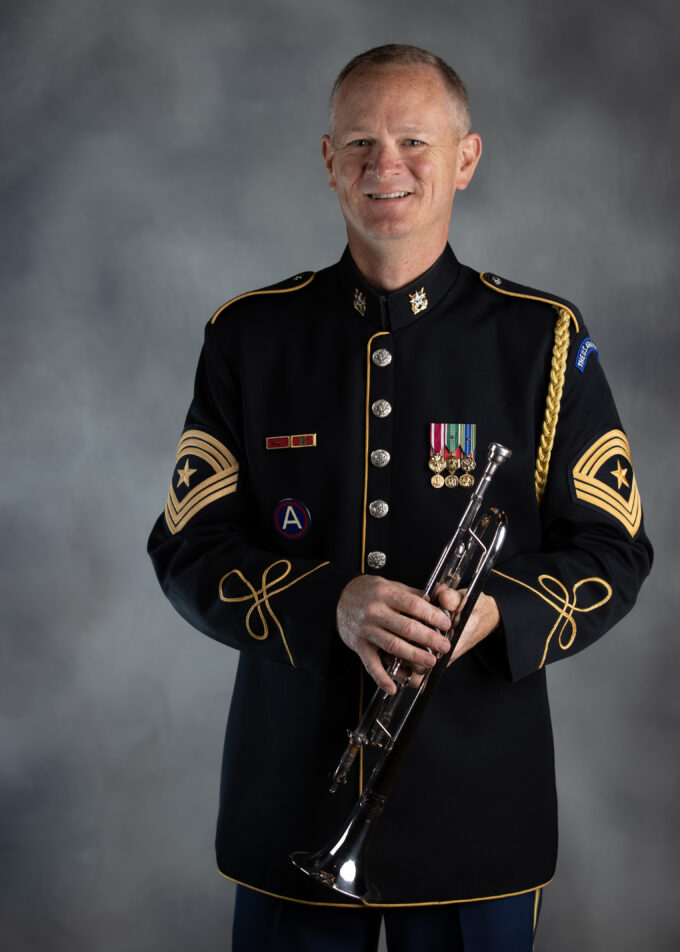 Jazz Times magazine writes: "Breedlove has chops...and is the leader of a tight, forceful band." The International Trumpet Guild's Journal raves, "...one of the most exciting trumpet players on the planet!" SGM Breedlove's compositions have appeared on NBC’s Today Show and Food Network’s Emeril Live. Breedlove has performed with The Saturday Night Live Band, Ray Charles, Darius Rucker, and Doc Severinsen. He is listed in the book Trumpet Greats, a biographical dictionary of about 2,000 famous trumpeters since the Baroque Era, and has appeared on over 100 recordings including back-to-back Grammy winning CDs in 2004 and 2005 and his own CD "Coming Home." Breedlove has appeared as a guest soloist across the country and has served on the faculties of Towson University, Catholic University of America and the National Jazz Workshop. Breedlove has performed at the Kennedy Center, the White House, and during the 2008 holiday season volunteered to participate in a USO concert tour of Kuwait, Iraq and Afghanistan. In 2011 he was honored by his undergraduate alma mater when he was inducted into the LSU Alumni Association Hall of Distinction as the 2011 Young Alumnus of the Year.