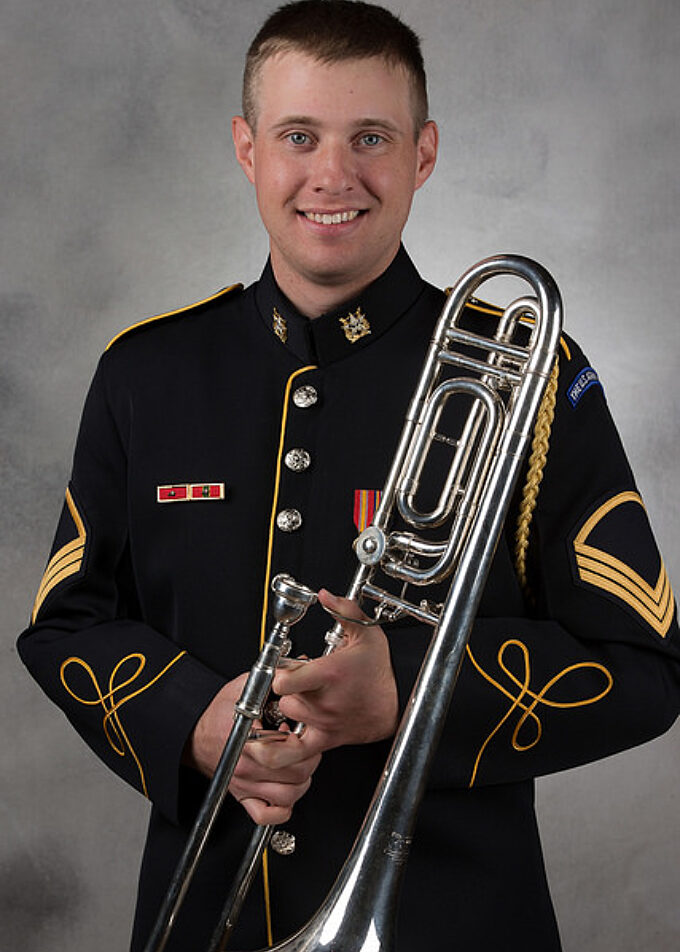 SFC Gregory Hammond joined The U.S. Army Band "Pershing's Own" in November of 2015. He was born in Lancaster, PA, but grew up in Fairport, NY, where he started playing trombone at the age of 10. Hammond graduated from the Eastman School of Music with a bachelor’s degree in Music Education and Trombone Performance, including the Performers Certificate. After spending some time as a substitute music teacher in the Rochester, NY area, he moved to Houston, TX to pursue a master's degree in Trombone Performance at the Shepherd School of music at Rice University. While in Houston, Hammond worked as a teacher and freelance musician including several performances with the Houston Symphony Orchestra. He was also a member of the 2014 Disneyland All American College Band in Anaheim, CA. You can hear Hammond playing bass trombone on Colossus Big Band’s first album “Colossus”. His teachers include Allen Barnhill (Rice), Mark Kellogg and John Marcellus (Eastman School), and Larry Poole.