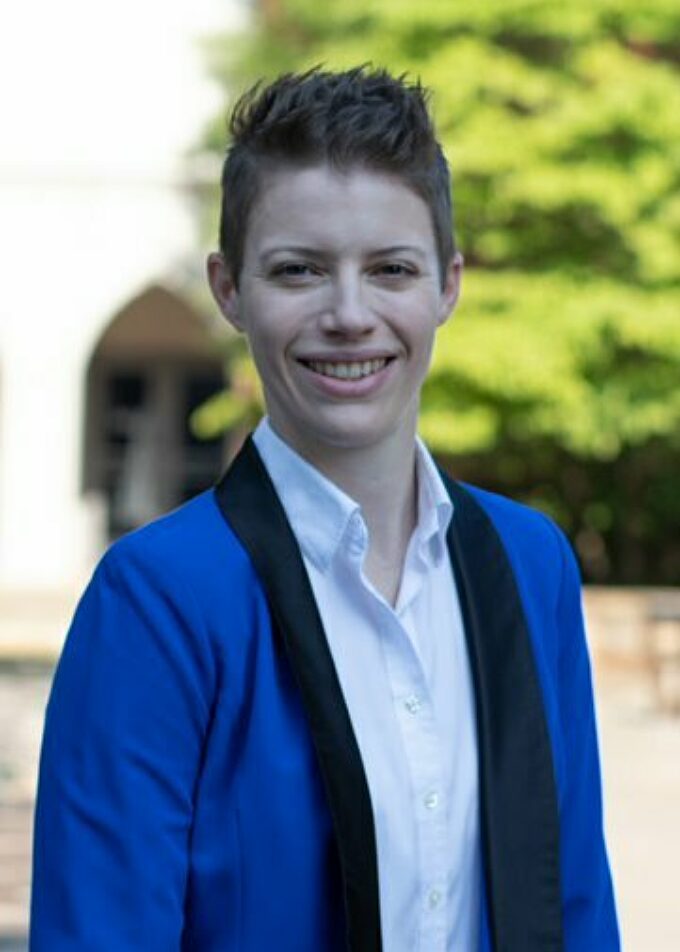 Gretchen Renshaw James enjoys a multifaceted career as a conductor, tuba and euphonium performer, and arranger. She is the Nancy and Craig Wood Odyssey Associate Professor of Music at Hendrix College in Conway, Arkansas, President of the Arkansas College Band Directors Association, and a published arranger with Potenza Music and Tuba-Euphonium Press. Prior to her time in central Arkansas, Gretchen completed a Doctorate of Musical Arts in Tuba Performance and Master of Music in Wind/Orchestral Conducting at Michigan State University, where she was a University Distinguished Fellow. Previously, she earned degrees in Euphonium Performance from the University of Arkansas and Penn State University. As a tuba and euphonium performer, Gretchen has enjoyed success in major solo competitions including being a finalist in the Artist Tuba Competition at the Leonard Falcone International Euphonium and Tuba Festival and being named the Low Brass Winner of the Yamaha Young Performing Artists Competition. As an arranger, Gretchen has contributed a number of works for tuba-euphonium ensemble, solo tuba, and solo euphonium. Gretchen looks forward to continuing her varied musical career by remaining active as a tuba and euphonium performer and conductor of both bands and orchestras. Gretchen is a Yamaha Performing Artist.