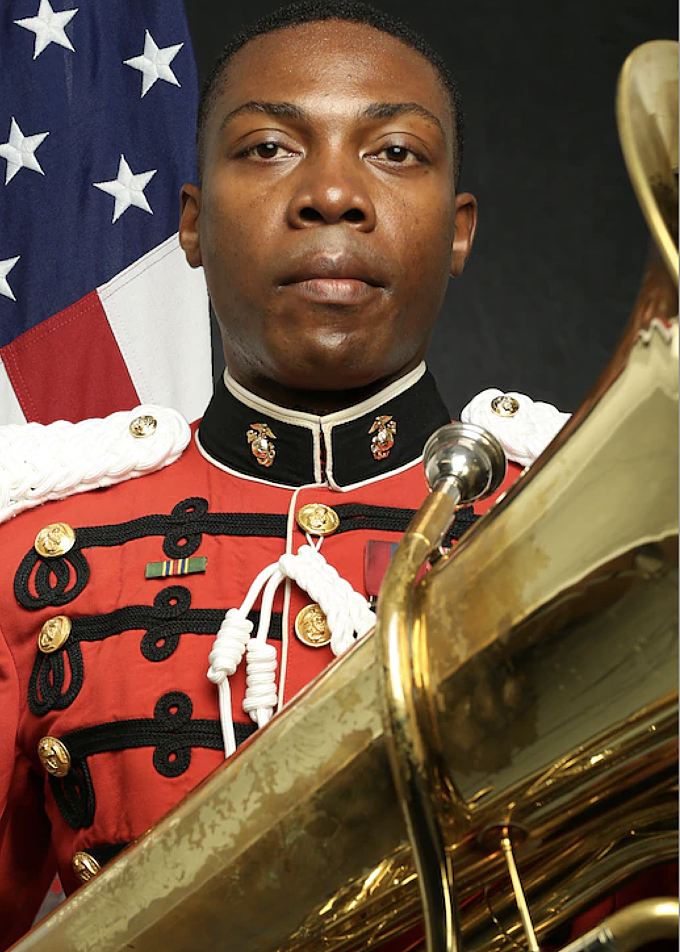 Gunnery Sgt. Bryant began his musical training at age 10. Upon graduating from Alexander W. Dreyfoos School of the Arts in West Palm Beach in 2006, he attended the University of Michigan (U-M) in Ann Arbor, where he earned a bachelor’s degree in music in 2010. In 2012, he earned a master’s degree in music from Yale University in New Haven, Conn. His teachers included Fritz Kaenzig of U-M, Mike Roylance of the Boston Symphony Orchestra, and Jay Bertolet of the Florida Philharmonic in Fort Lauderdale.

Prior to joining “The President’s Own,” he was a Tanglewood Music Center fellow in Lenox, Mass., Schleswig-Holstein Academy Orchestra fellow in Germany, Music Academy of the West fellow in Santa Barbara, Calif., and was a member of the Disneyland Resort All-American College Band in Anaheim, Calif.

Gunnery Sgt. Bryant performs with the Marine Band and Marine Chamber Orchestra at the White House, in the Washington, D.C., area, and across the country during the band’s annual concert tour.