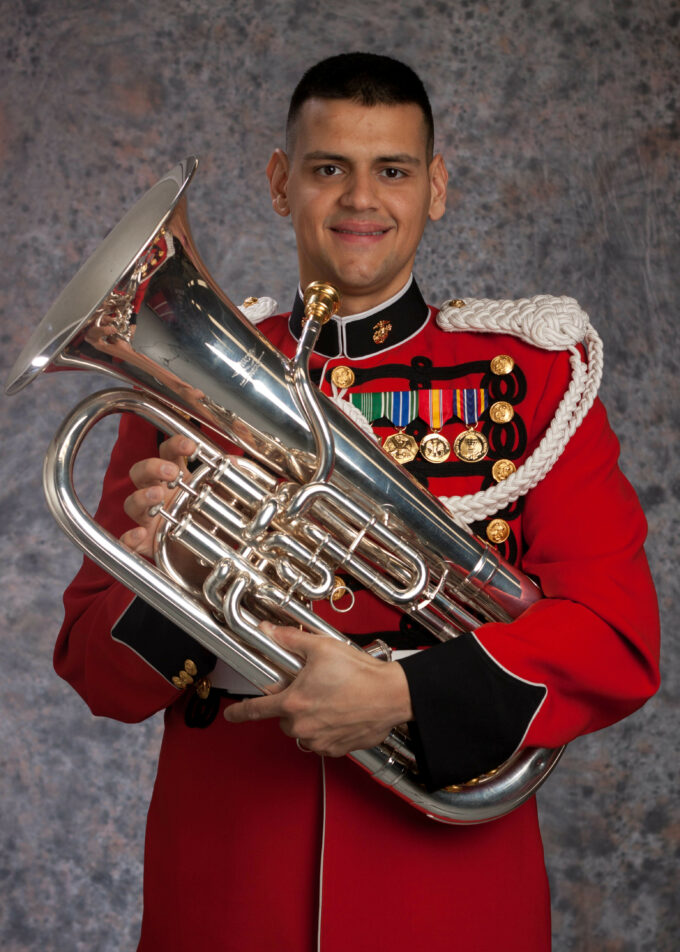 Euphonium player Staff Sergeant Hiram Diaz of Miami joined “The President’s Own” United States Marine Band in January 2012. He was named co-leader of the Latin jazz ensemble in 2017. Staff Sgt. Diaz began his musical instruction at age 12. He graduated in 2003 from the New World School of the Arts in Miami and continued his education at the University of Cincinnati-College Conservatory of Music (CCM) where he earned a bachelor’s degree in music performance in 2007. He is currently pursuing his master’s degree from the University of North Texas in Denton, where he studies with euphonium professor Brian Bowman. His instructors also included Timothy Northcut of CCM and Jay Bertolet, former principal tuba with the Florida Philharmonic Orchestra. Prior to joining “The President’s Own,” Staff Sgt. Diaz was a member of the U.S. Army Maneuver Center of Excellence Band (283d Army Band) in Ft. Benning, Ga. Staff Sgt. Diaz performs with the Marine Band and Marine Chamber Orchestra at the White House, in the Washington, D.C., area, and across the country during the band’s annual concert tour. He performed Tom Davoren’s Ascension with trumpet/cornet player Gunnery Sgt. Amy McCabe as featured soloists on the 2016 national concert tour.