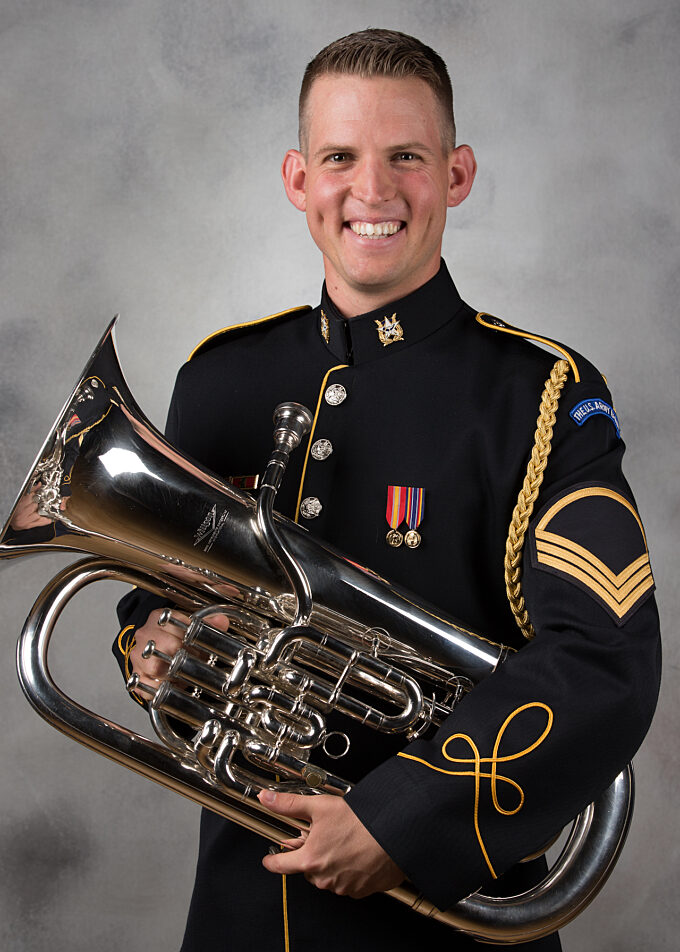 SSG Irving Ray grew up in a large musical family in Houston, TX. Five of his eight siblings chose to play euphonium, with exception to his youngest brother who chose trumpet. As a former member of the highly acclaimed North Texas Euphonium Quartet, Ray performed at some of the top colleges and conservatories across the United States. In addition, Ray is an internationally known soloist and teacher, having been invited each year to Singapore since 2013 with the Wind Bands Association of Singapore, performing as a guest soloist with the Monterrey Symphony Orchestra in Monterrey, Mexico, and serving as a guest soloist and brass lecturer with the Field Band Foundation in Durban, South Africa. Prior to joining “Pershing’s Own,” Ray was Dr. Brian Bowman’s teaching fellow at the University of North Texas and was Adjunct Professor of Tuba and Euphonium at Brookhaven College. Some of his greatest musical influences include Frank Troyka, Matthew McInturf, Rex Martin, Demondrae Thurman, and Dr. Brian Bowman.