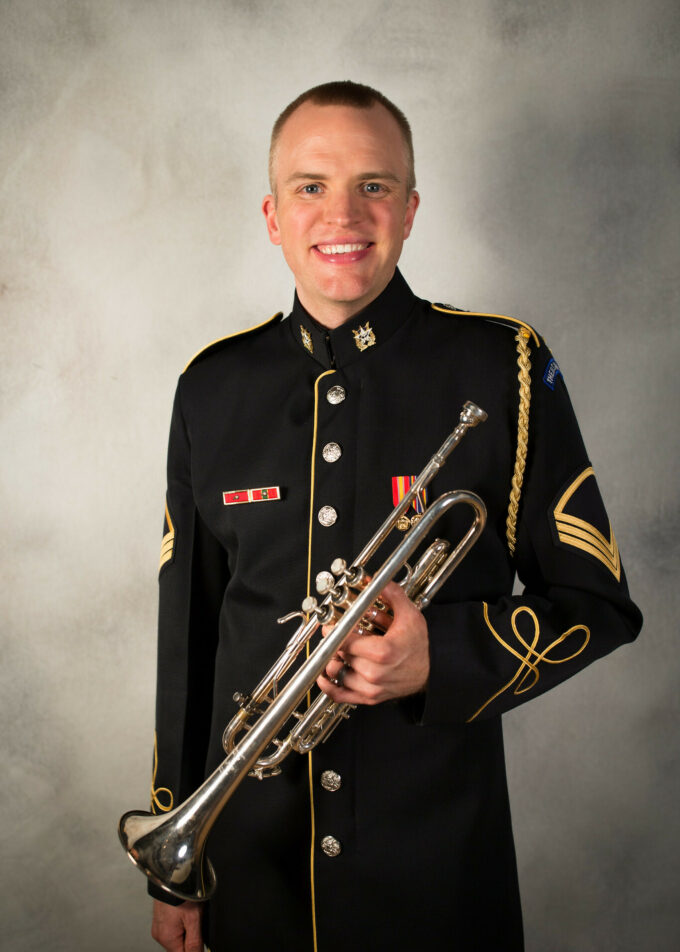 SFC Marty Bishop is a native of Jonesboro, Arkansas, and has been a member of the trumpet section in The U.S. Army Band "Pershing's Own" Ceremonial Band since August of 2013. He received a bachelor's degree in music education from the University of Memphis in 2007 as a Clement Santi Scholar. In 2009, he earned a master's degree in trumpet performance from the University of North Texas where he was given the Outstanding Graduate Brass Student award. He then gained a Doctorate of Musical Arts in 2013 from the University of North Texas where he served as a Graduate Teaching Fellow. During his time at North Texas, Bishop was appointed trumpet section leader of the renowned North Texas Wind Symphony. He has performed with many other well-known ensembles such as Memphis Symphony, Ft. Worth Symphony, Dallas Opera, Lone Star Wind Orchestra, Texas Star Brass Band, and Orquesta Sinfonica UANL in Monterey, Mexico. His primary teachers include Keith Johnson, John Holt, Dr. David Spencer, and Richard Jorgensen.