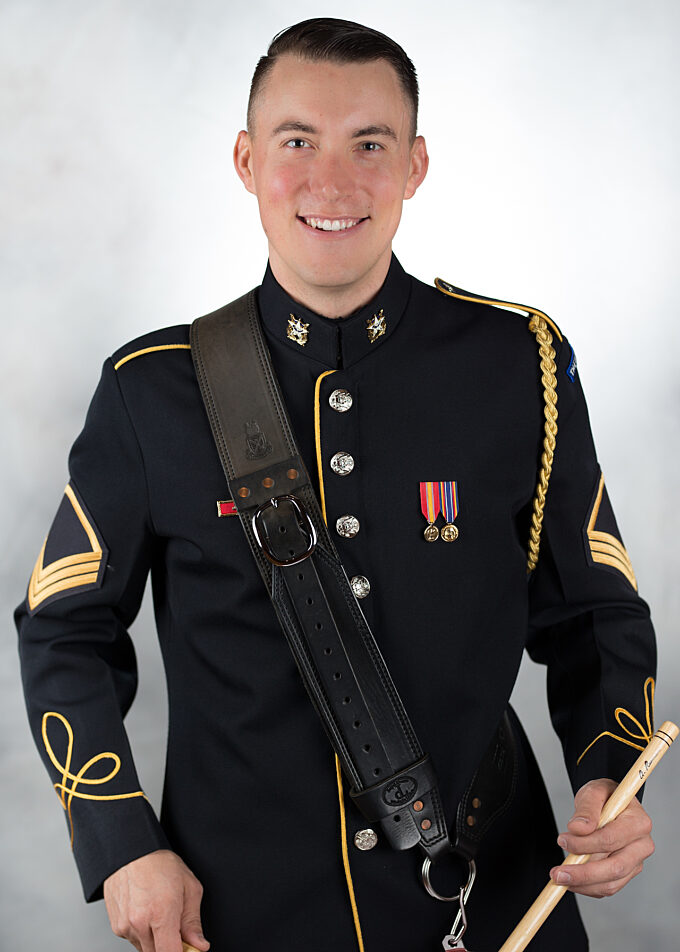 As a performer, Harpster is known for his diverse background. In the Broadway idiom, Harpster has presented concerts across the globe. He was the featured marimba soloist and percussionist of the Tony and Emmy award-winning production “BLAST.” With this show, he toured the United States, South Korea, and all forty-seven prefectures in Japan. As a soloist and chamber musician, Harpster has won many awards and international competitions, and has presented concerts throughout the United States, Canada and Europe. An enthusiast of contemporary music, he is actively commissioning and premiering many new works each year. Prior to his position in The Army Band, he served as a percussionist in the Civic Orchestra of Chicago and held the AACA Timpani Fellowship at the Aspen Music Festival.

As an educator, Harpster teaches the percussionists of the DCI World Champion, and Fred Sanford Percussion Award-winning Santa Clara Vanguard Drum and Bugle Corps. He also teaches percussion at McLean High School in McLean, Virgina, and serves as the Director of Percussion for The Capitol Symphonic Youth Orchestras.