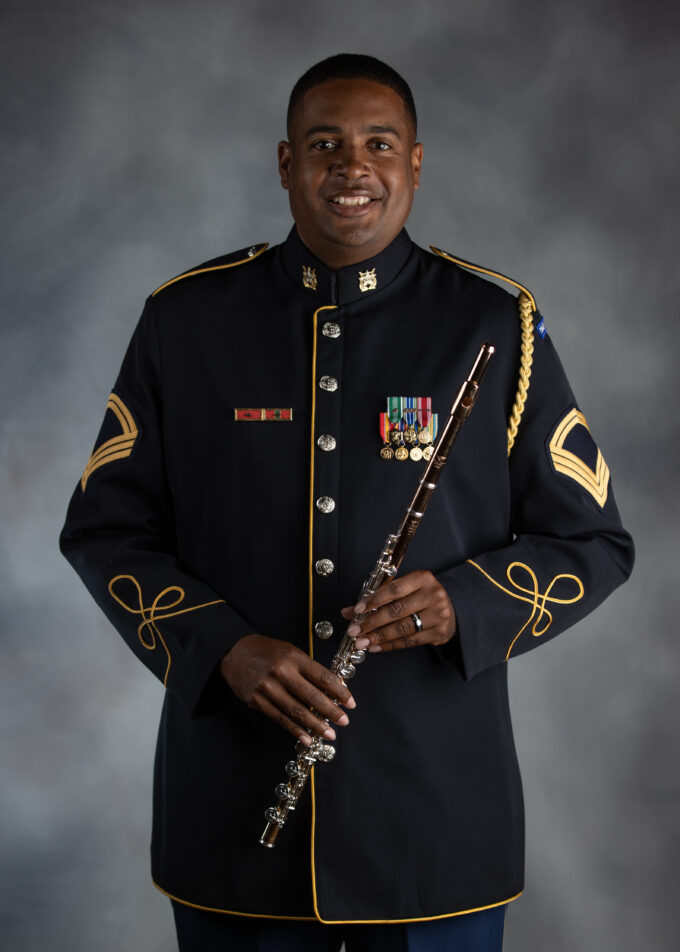 SFC James J. Miller is originally from Pontiac, Michigan. He joined Pershing’s Own in December 2013. He holds a bachelor’s degree from the University of South Carolina - Columbia; a master’s degree from the University of North Carolina at Greensboro, where he was a graduate assistant and a Professional Artist Certificate from the North Carolina School of the Arts. Miller has been a prizewinner in numerous flute competitions including: MTNA Young Artist, SC Flute Society. He was the winner of the Concerto Competition at both the University of South Carolina and University of North Carolina at Greensboro. He has performed with the Western Piedmont Symphony, Fayetteville Symphony, Winston Salem Symphony, and Nova Chamber Orchestra. He has also been a featured soloist at the Piccolo Spoleto Festival in Charleston, SC and London International Poetry Festival in London, England. Miller joined the Army in July 2011. Before joining Pershing’s own he served in the 8th United States Army Band in Seoul, Korea and The United States Training and Doctrine Command band at Ft. Eustis, VA. SFC Miller is in active soloist, chamber musician and clinician. When not making music he enjoys volunteering, running, cooking, and traveling.