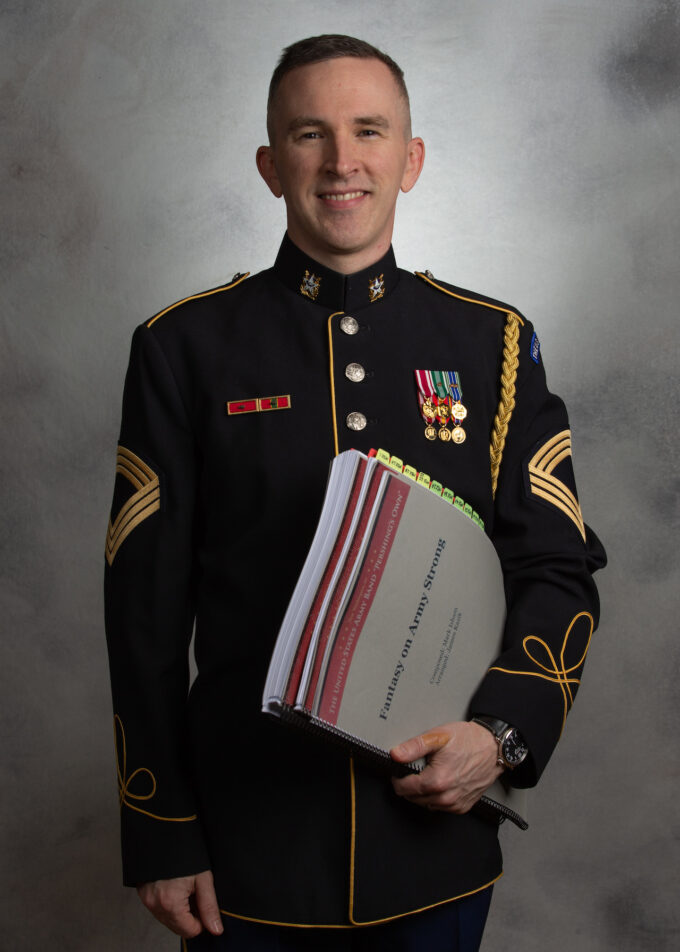 SFC James Kazik has been a staff arranger at The U.S. Army Band "Pershing's Own" since 2001. He holds a Bachelor's degree in Music Composition and Theory from the University of Minnesota, and a Masters degree in Trombone Performance from the University of North Texas. He is currently composer-in-residence for the Washington Metropolitan Philharmonic in Washington, D.C., as well as a staff writer for Hal Leonard Corp. As a composer, his works, particularly those for trombone, continue to win acclaim both in the U.S. and abroad. Kazik has written several concerti and solo works, as well as various works for orchestra, brass ensemble, and wind ensemble, performed by Wind Ensembles of the University of North Texas, the University of Minnesota, Oklahoma State University, the Showa Wind Symphony, and countless others. Most recently, his wind band orchestration of his Concerto for Trombone, and Windependence Artist Series composition "Eviler Elves" were featured in the GIA series "Teaching Music Through Performance in Band". Kazik hails from DePere, WI.