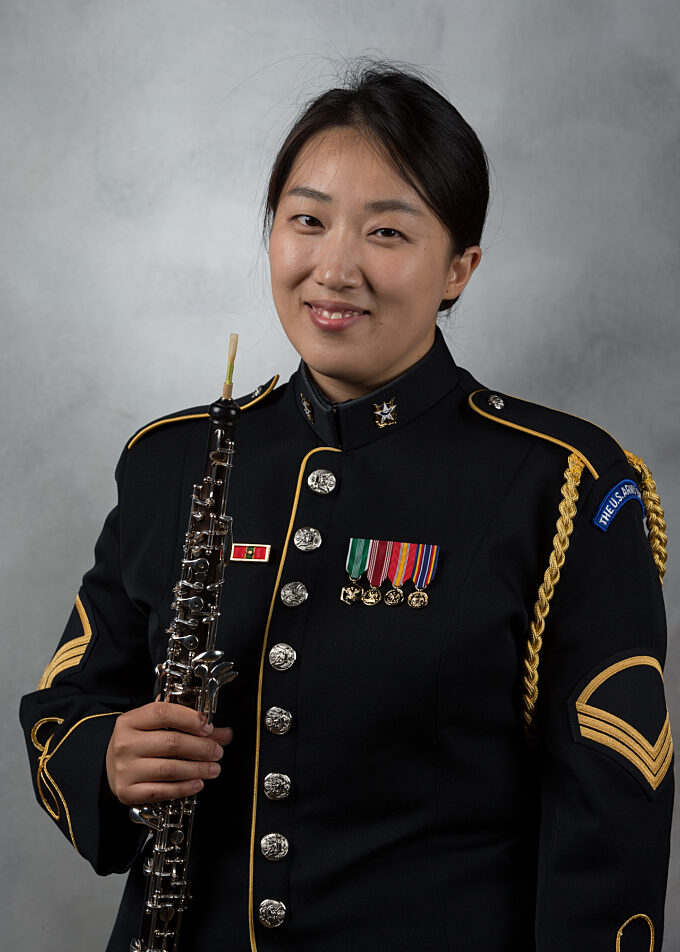 Originally from Seoul, South Korea, SFC Janice Kim, is an oboist with The U.S. Army Band "Pershing's Own" since 2011. Kim has a background in performance and arts management. In NYC, she worked administratively with the Orpheus Chamber Orchestra and performed as an oboist with numerous ensembles along the East Coast, including Ensemble 212, Ensemble du Monde, Symphony in C Orchestra, the National Wind Ensemble at Carnegie Hall, and under conductors such as Leonard Slatkin. As a chamber musician, she was invited to play at the Institute for World Politics in Washington, D.C., with the Madison Chamber Players, and was an original member of The Alcova Ensemble. She was an assistant to flutist, Linda Chesis during the 2010 Cooperstown Chamber Music Festival, where she also performed on the Bach Cantata Concert Series. In 2010, she was a selected Young Artist at Pepperdine's Fall for Music Weekend, and has participated in master classes with Joseph Robinson, Peter Smith, Richard Killmer, Carolyn Hove, Jeffery Rathbun, Jonathan Blumenfeld, and John Ferrillo. She was honored to attend the very last Wild Acres Oboe Camp with John Mack, in 2005. She holds a Master of Music degree from the Manhattan School of Music where she studied with Liang Wang (principal oboist, New York Philharmonic), and a Bachelor of Music degree from George Mason University, where she was a student of Dr. Lorrie Berkshire Brown, and the 2006 Concerto Competition winner.