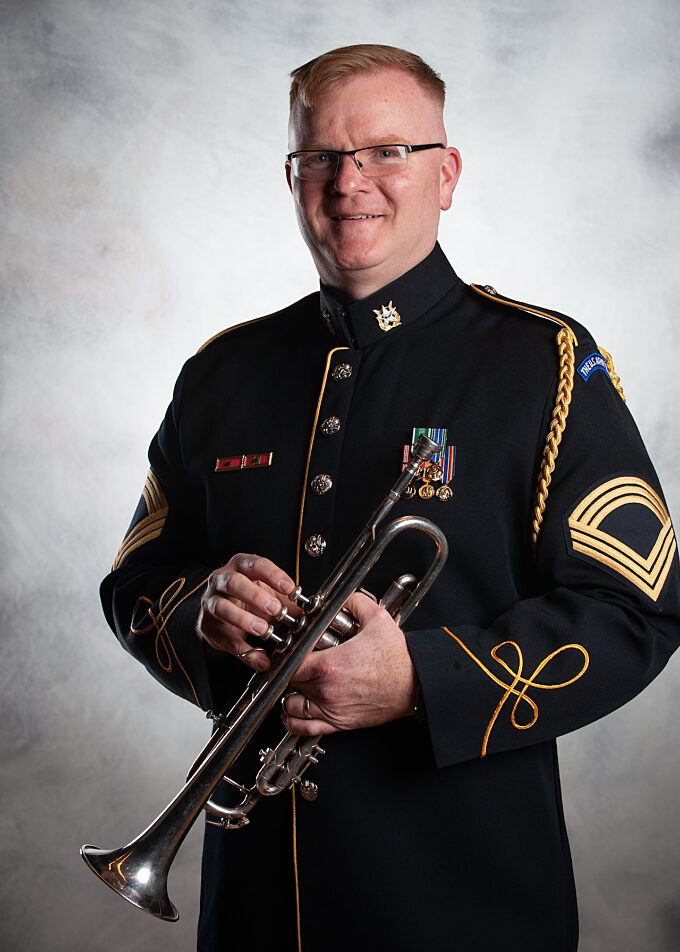 Master's Degree: U of Cincinnati, College-Conservatory of Music

MSG Jason Sanders has been a member of The U.S. Army Band “Pershing’s Own” since 2004. He has earned a BME from Louisiana State University and a MM form the University of Cincinnati, College-Conservatory of Music. Sanders has been a member of the Baton Rouge Symphony, Acadiana Symphony (Lafayette, LA), and the Lexington Philharmonic (Lexington, KY). During his tenure in “Pershing’s Own” he has played on the nationally televised broadcasts of “A Capitol Fourth” and the “National Memorial Day Concert.” Additionally, Sanders performed at the State Funerals of Presidents Ronald Reagan and Gerald Ford, as well as inaugural parades for Presidents Bush and Obama. Sanders has traveled internationally with the band’s Trumpet Ensemble to Australia and Germany in addition to numerous statewide locations. Sanders frequently plays “Taps” in Arlington Cemetery at funerals, remembrance ceremonies, as well as wreath laying ceremonies at the Tomb of the Unknown Soldier. In 2004, Sanders was featured sounding “Taps” on Ted Koppel’s nationally televised “Guarding the Fallen” on ABC’s “Nightline.”