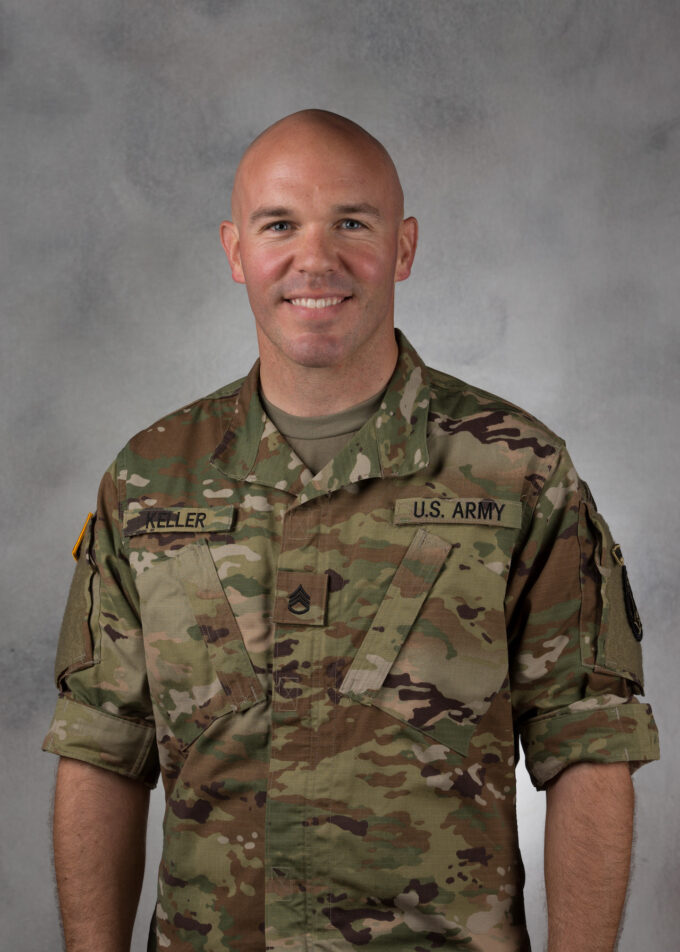 SSG Jeff Keller is the newest addition to the Technical Support Group with “Pershing’s Own.” In 2010, Keller started his military career by enlisting in the US Navy Music Program where he was a Tuba Instrumentalist with Navy Band Great Lakes, just outside of Chicago, IL, and later with Navy Band Southeast, in Jacksonville, FL. While in Navy Band Great Lakes, then Petty Officer Keller, served as the Stage Manager for the band’s contribution in the Commemoration of the War of 1812 Bicentennial Celebration which spanned over three years, seven states, and two countries.In 2016, Keller left the US Navy for the US Army and arrived in September after a brief stay at Fort Benning, GA, having to go back to Basic Training.He currently resides in Northern Virginia with his amazing wife, Liz.