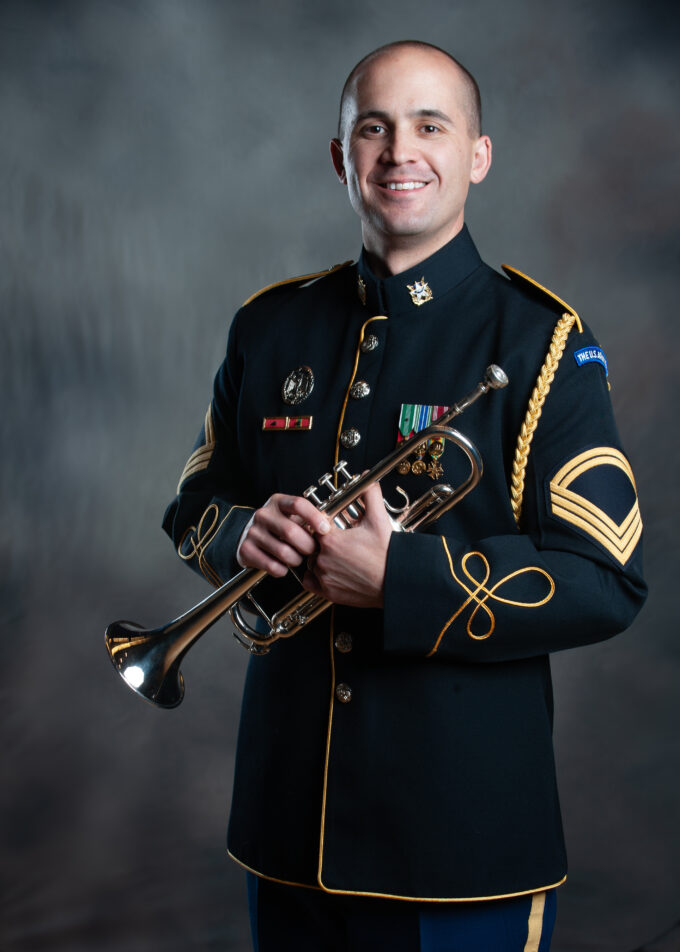 SFC Jeffrey Northman began playing the trumpet at the age of 10, and by the time he had graduated high school knew that music would be his career. He attended Grand Valley State University for his Bachelor’s Degree and performed regularly in the area. In 2008 his picture and story were used for university recruitment on pamphlets and city buses, and he also took second place in the 2008 Trumpet Guild Mock Orchestra Competition. In 2010 he graduated from the Colburn Conservatory in Los Angeles, CA where he received his Artist’s Diploma. During the two year program he performed under world-renowned conductors such as Sir Neville Mariner, James Conlon, and Jahja Ling. In May of 2012 Jeffrey completed a Master’s Degree program from Rice University and moved directly into Basic Training in August to join The United States Army Band “Pershing’s Own” Ceremonial Band. Jeffrey currently resides in Alexandria, VA with his wife Chelsea, a high school history teacher, and their dog Morgan. During the summer Jeffrey can be found at the International Trumpet Seminar in Allendale, MI where he has been the Managing Director since 2010. His teachers include Jean Moorehead Libs, Richard Stoelzel, Jim Wilt, and Marie Speziale.