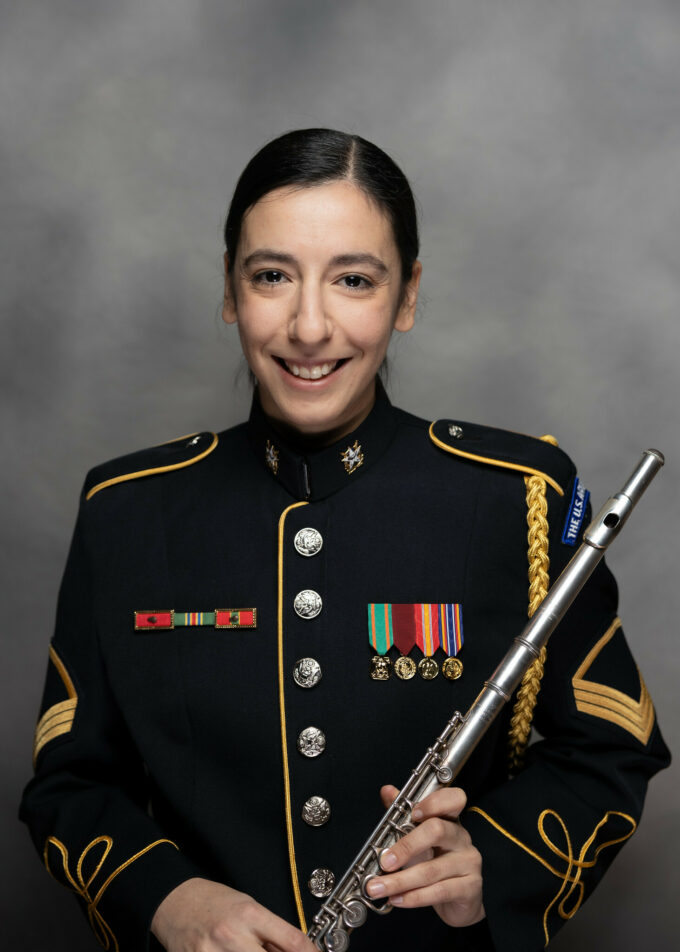 Master's Degree: The University of Texas at Austin

Staff Sergeant Jenna Taylor joined The U.S. Army Band “Pershing’s Own” in September 2022. A native of Jupiter, Florida, SSG Taylor began her musical instruction at age 6 and graduated from the Alexander W. Dreyfoos School of the Arts in 2011. She holds a Bachelor of Music degree, summa cum laude, from The Florida State University and a Master of Music degree from The University of Texas at Austin. Her teachers include Marianne Gedigian, Eva Amsler, Sara Stout, and Karen Fuller. Prior to “Pershing’s Own,” Taylor performed with the U.S. Navy Fleet Forces Band in Norfolk, Virginia, from 2018-2022, sharing stages with military ensembles from around the world, including France, Jordan, Switzerland, and the United Kingdom. Among her many assignments at Fleet Forces Band, she performed as a member of the Woodwind Quintet, Flute & Guitar Duo, and was awarded the Navy and Marine Corps Achievement Medal, Navy Good Conduct Medal, and the Meritorious Unit Commendation Medal. Taylor has appeared with the Central Texas Philharmonic and New World Symphony, and has spent summers at the Brevard Music Festival and National Music Festival.