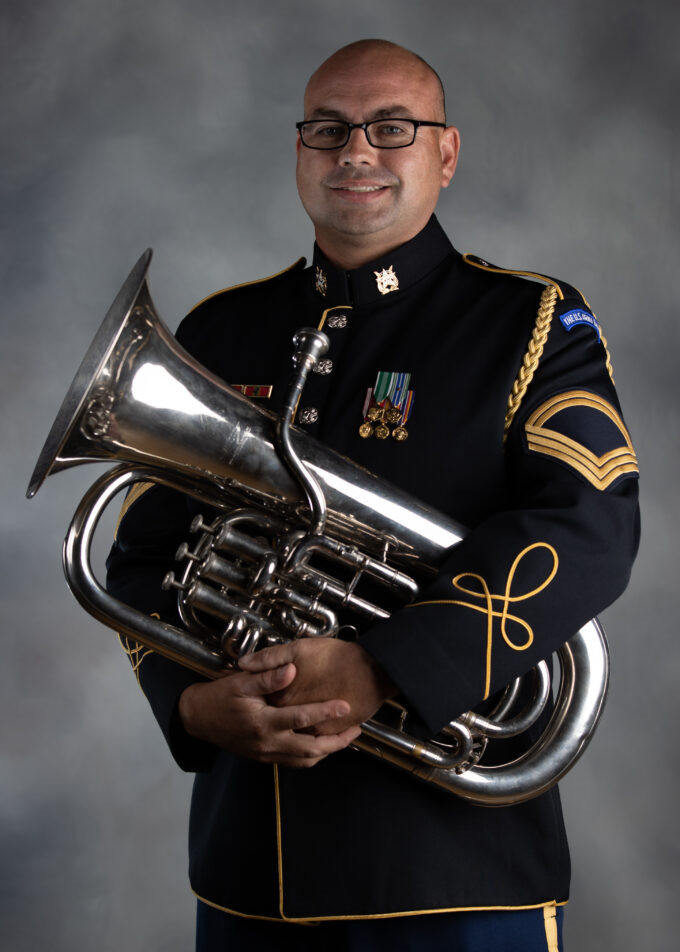 In 2013, SFC Jeremy McBride, a native of San Antonio, Texas, fulfilled his lifelong dream of becoming a member of The U.S. Army Ceremonial Band. Prior to joining “Pershing’s Own,” McBride was an active freelance musician in the Dallas/Fort Worth area and a highly sought after private euphonium instructor. At any given time, his private studio held 70 talented middle school and high school euphonium students. As an ensemble performer, McBride performed regularly with notable organizations such as the Dallas Wind Symphony, the Lone Star Wind Orchestra, The Imperial Brass, the Texas Star Brass Band, and the Dallas Civic Wind Ensemble.Throughout his musical career, McBride has successfully competed in numerous major euphonium competitions. In 2005, he took first place in the Euphonium Artist Division of the International Leonard Falcone Euphonium Competition in Twin Lake, Michigan.