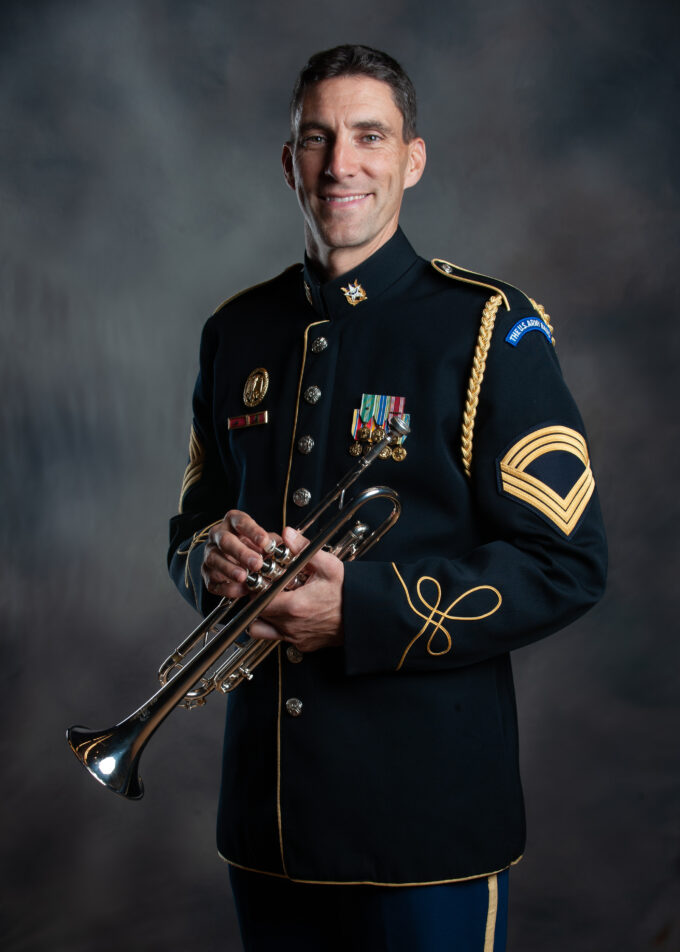 MSG Jesse Tubb was born and raised in South Lake Tahoe, California. He began playing the trumpet at age 9, and later pursued his musical studies at California State University Stanislaus where he earned a Bachelor of Arts in Music Education in 1999. He then went on to attend the University of Michigan where he earned two Master of Music degrees, one in Trumpet Performance and the other in Jazz Improvisation. MSG Tubb joined the Army Reserves and performed with the 91st Division Reserve Band from 1996 to 1999, and then with the 70th Division Reserve Band from 1999-2002. In 2002, he became a member of The United Stated Army Field Band, which allowed him to perform around the country. In 2005, he joined The U.S. Army Band “Pershing’s Own” Ceremonial Band for two years, after which he won his current position in the Concert Band. His interests include adventure racing, coaching and meditation.