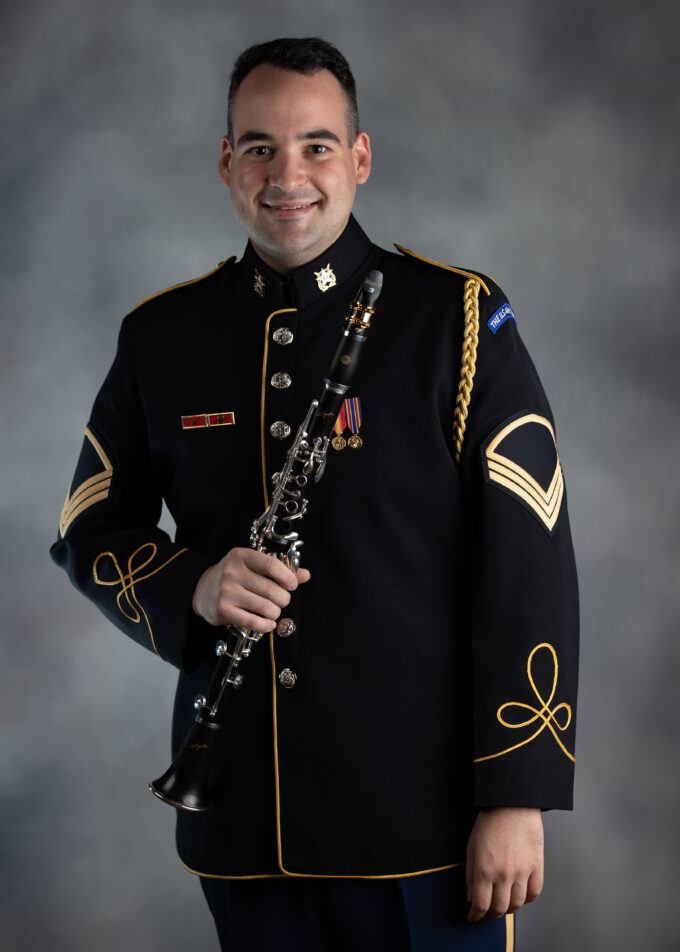 SSG John Milakovich joined The U.S. Army Band “Pershing’s Own” in March of 2019. He earned his Bachelor of Music at DePaul University and continued his studies for his Master of Music at Northwestern University, where he performed as co-principal clarinetist when the university’s symphony orchestra toured Asia in the spring of 2018. His primary teachers include Stephen Williamson, Julie DeRoche, Steve Cohen, and Wagner Campos. He attended the Brevard Music Festival and was a member of the inaugural season for the Festival Napa Valley Blackburn Music Academy in 2017 where he performed with members of the Metropolitan Opera Orchestra. Before joining “Pershing’s Own”, Milakovich was a member of the Civic Orchestra of Chicago. Milakovich currently lives in Alexandria, Virginia with his rescue dog Cody.