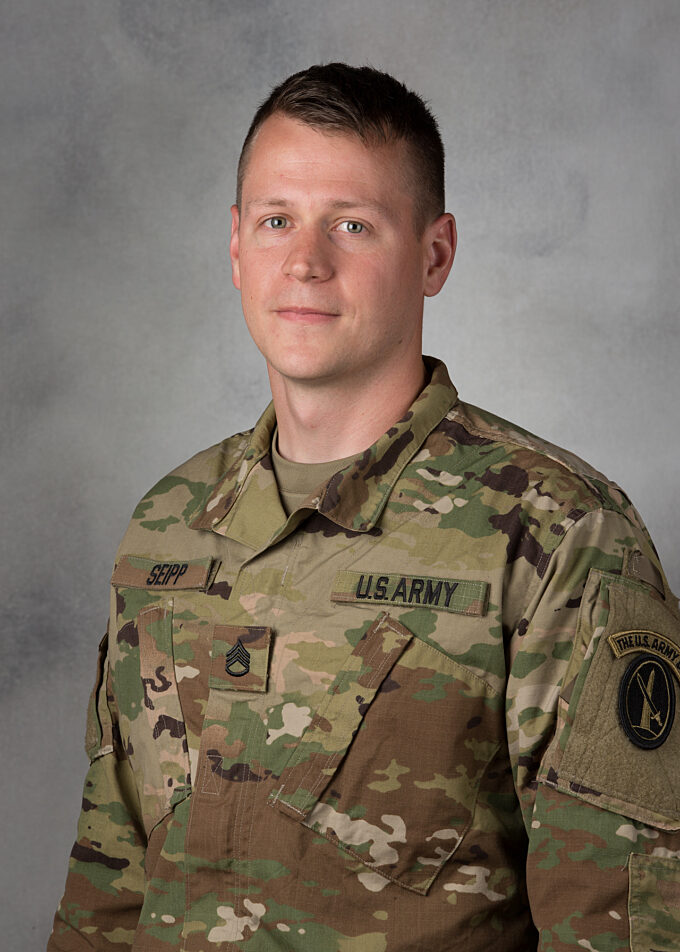 MSG Jon Seipp began his career with The U.S. Army Band “Pershing’s Own” in June of 2010 after completion of Basic Combat Training at Fort Benning, GA. Prior to enlistment in The U.S. Army, Seipp earned a Bachelor of Business Administration in business management with a minor in music industry from James Madison University in Harrisonburg, VA. He has worked and performed as a live sound and recording engineer in prominent venues throughout the United States including Carnegie Hall in New York, Kauffman Center for the Performing Arts in Kansas City, the John F. Kennedy Center for the Performing Arts, the Sylvan Theater, and Constitution Hall, in Washington D.C.