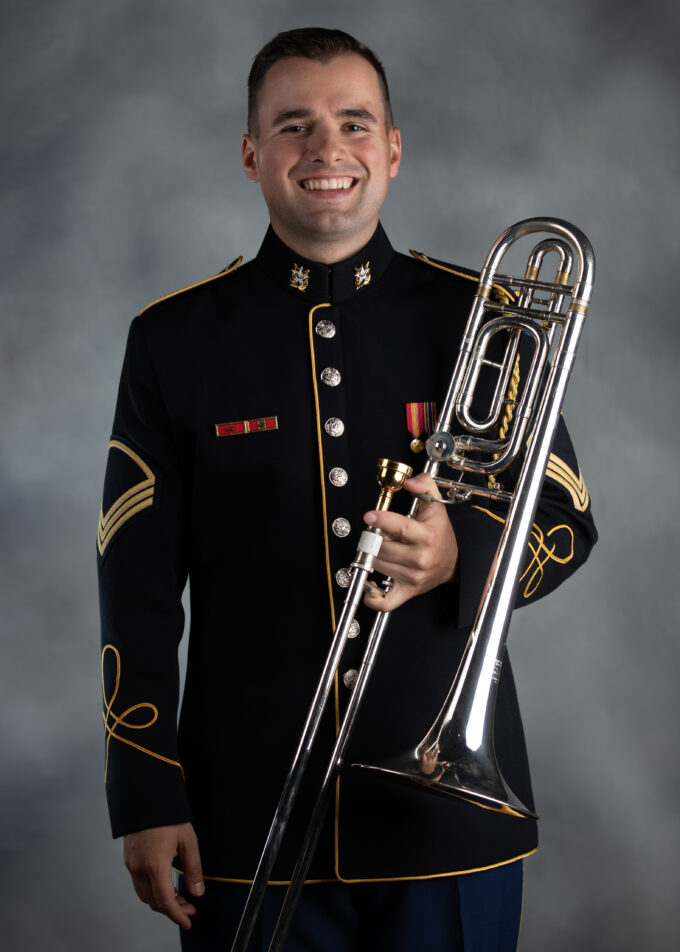 SSG Jonathan Kraft, originally from Pearland, TX, joined The U.S. Army Band “Pershing’s Own” in March 2021. He completed his bachelor’s degree in Music Performance at Indiana University in May 2018. While at IU, Kraft was a participant at a handful of summer trombone seminars and workshops including the 2016 Southeast Trombone Symposium, where he was a finalist in the S.E. Shires Solo Competition. Kraft won the IU brass concerto competition and performed the Gordon Jacob Trombone Concerto with the IU Symphonic band in April 2018. After graduating from IU, Kraft went on to earn his master’s degree in Music Performance at Northwestern University in December 2020. Outside of his schooling, Kraft freelanced and subbed with multiple ensembles including the Chicago Symphony Orchestra on concerts at the Ravinia Festival and at the Symphony Center. In the summers of 2017 and 2019, he was a participant at the National Orchestral Institute Festival at The Clarice in College Park, Maryland. His past teachers include Michael Mulcahy, Douglas Wright, Timothy Higgins, Christopher Davis, Randall Hawes, Peter Ellefson and Brian Logan. Along with the trombone, Kraft enjoys disc golf, exploring nature, Houston sports, and spending time with his family.