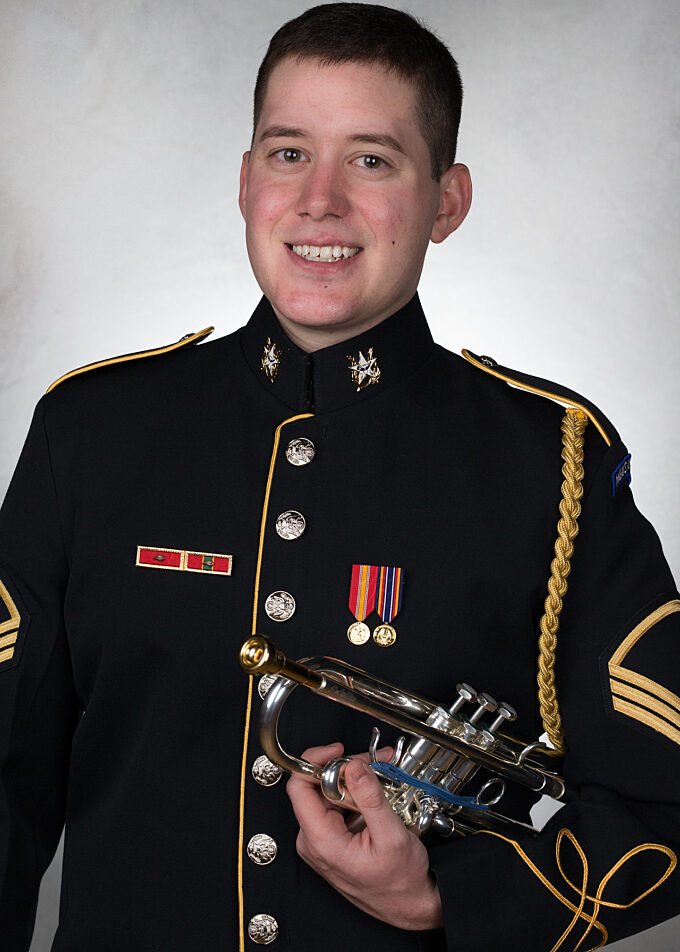 SSG Joshua K. Kauffman grew up in New Castle, Pennsylvania. Kauffman graduated in May 2017 with a bachelor’s degree in Jazz Studies from The University of North Texas. While at UNT, he played in the Grammy nominated One O’Clock Lab Band for three years, serving as both a jazz soloist and the lead trumpet player. While living in the DFW Metroplex and attending UNT, he had the opportunity to share the stage with artists such as Doc Severinsen, Bobby McFerrin, Franki Valli and the Four Seasons, Chuck Findley, Wycliffe Gordon, Arturo Sandoval, Sean Jones and many others. He toured with the One O’Clock Lab Band to Australia to headline the Generations in Jazz Festival with James Morrison in 2016, as well as performing at Cancer Blows in 2015 and the Monterey Jazz Festival in 2017. Kauffman has had many influential teachers including Allen Vizzutti, Paul Stephens, Jay Saunders, Dr. Stephen Hawk, Rodney Booth, Mike Steinel, and John Holt.