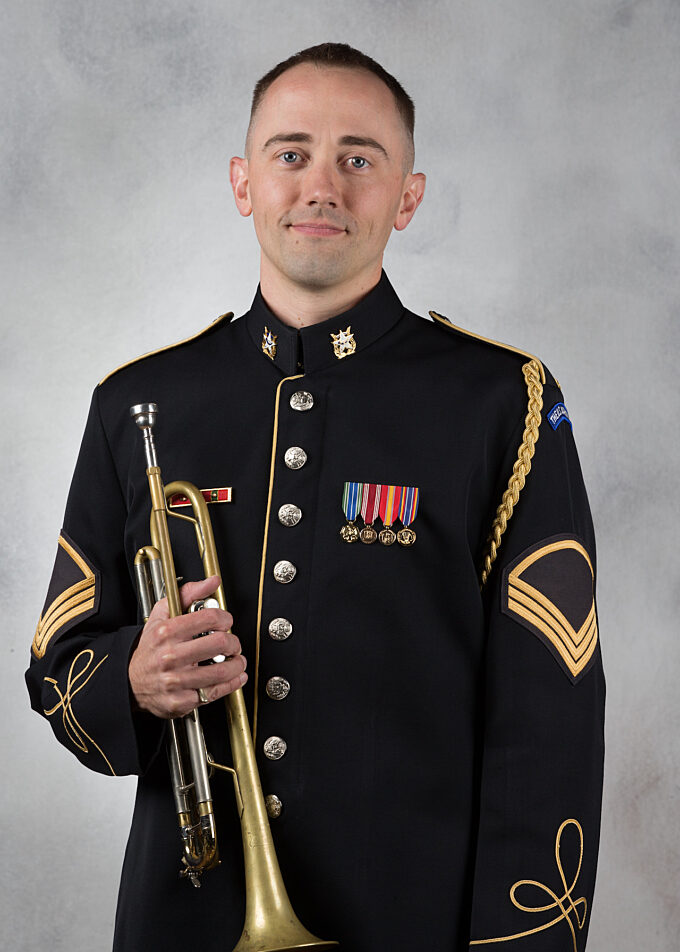 SFC Kelley Corbett joined the U.S. Army Concert Band in December 2010. Prior to joining the band, Corbett was an active member of New York City’s music community. He has performed as a soloist throughout much of the east coast of the United States as well as in Canada, Mexico, and Japan. As a freelance musician in New York City, he performed regularly with various groups at both Carnegie Hall and Lincoln Center and at many of the city’s most popular venues. Corbett has performed with members of the Vienna Philharmonic Orchestra, the Berlin Philharmonic, the Pittsburgh Symphony, the Philadelphia Orchestra, and the New York Philharmonic, and has appeared with such groups as the Tokyo Symphony, the Hartford Symphony, the Roanoke Symphony, and Opera Roanoke. Corbett holds a Bachelor of Arts Degree in Music from Virginia Tech and a Master of Music degree from the Mannes College of Music, and has received multiple fellowships from both the National Orchestral Institute in Maryland and the Pacific Music Festival in Sapporo, Japan. Corbett resides in Alexandria, Virginia, with his wife, Katherine Hanna.