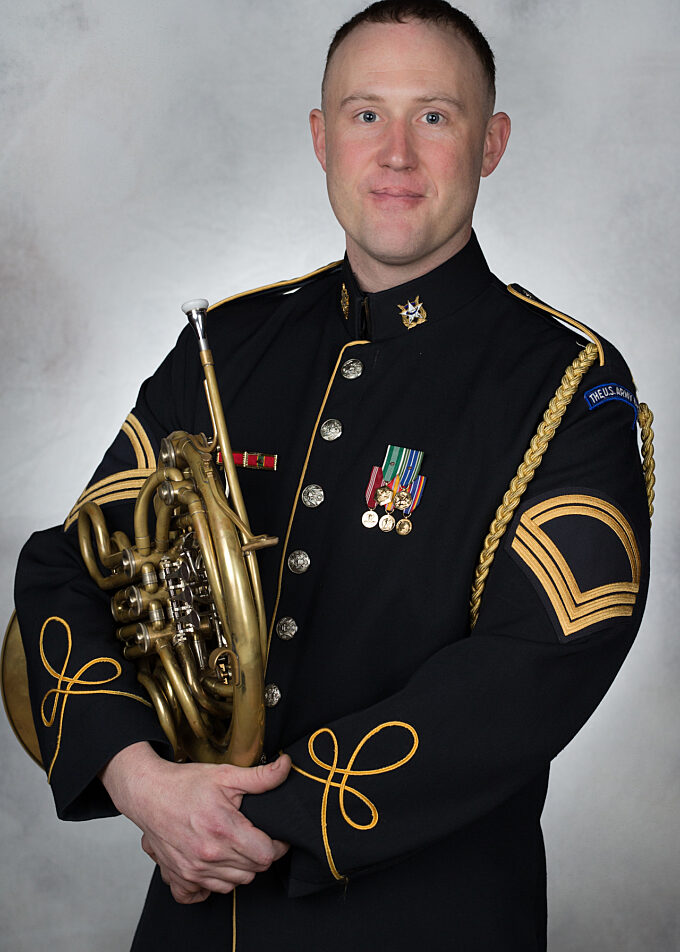 Originally from Baytown, Texas, SFC Satterwhite joined The U.S. Army Band "Pershing's Own" in 2003. Satterwhite completed a Bachelor's Degree in Music Performance at Louisiana State University in 2003, where he studied under the tutelage of Seth Orgel. In 2014, Satterwhite was appointed to the position of Principal Horn of The U.S. Army Concert Band.  He has performed with orchestras throughout the mid-Atlantic region including the National Symphony Orchestra, Baltimore Symphony Orchestra, the Kennedy Center Opera House Orchestra, and the Richmond Symphony. Satterwhite has also performed guest artist recitals and master classes at numerous academic institutions, including his alma mater, LSU, James Madison University, and the University of Delaware. Satterwhite is a 2016 graduate of  The Catholic University of America's Columbus School of Law.