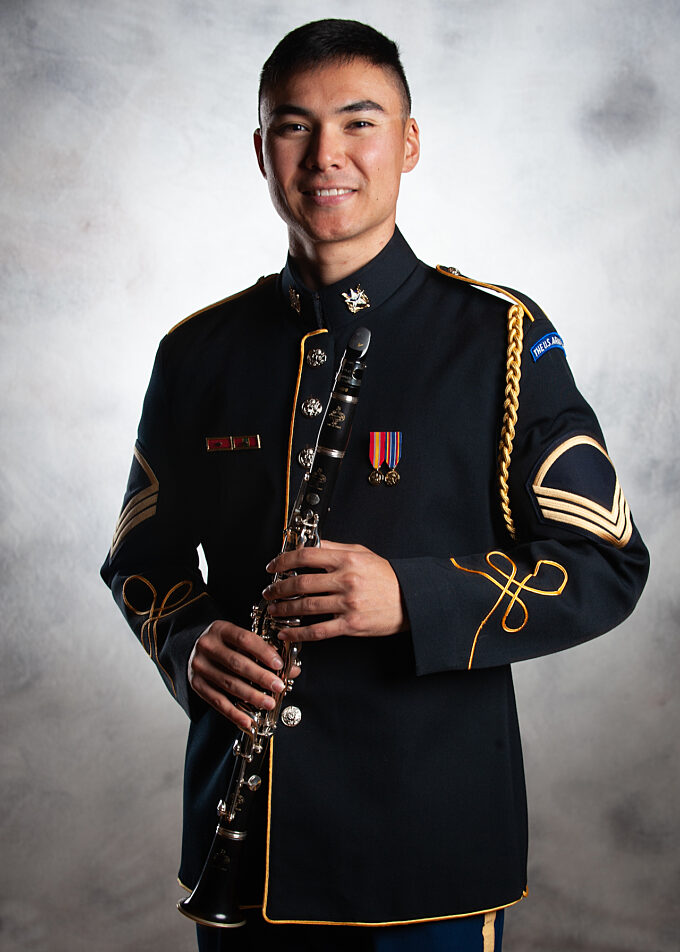 SSG Kenji Bellavigna grew up in the San Francisco Bay Area, where he began playing clarinet at age 10. After being a member of the San Francisco Symphony Youth Orchestra, Bellavigna attended the University of California, Los Angeles where he received his BA in clarinet performance in 2016. He then pursued a master’s degree at McGill University in Montreal, Canada from 2016 through 2018. During his time as a student, Bellavigna performed with the YMF Debut Orchestra, the Montreal Symphony, and attended the Brevard and Aspen music festivals. As a member of the Tetrakis Trio, he was a winner of the 2016 McGill Chamber Music Competition and a semi-finalist at the Fischoff National Chamber Music Competition Senior Strings Division in 2018. Bellavigna's teachers include Jerry Simas, Jose Gonzales, Yehuda Gilad and Todd Cope. Bellavigna joined The U.S. Army Band “Pershing’s Own” in 2019 and currently lives in Alexandria VA, where in his free time he enjoys reading and mountain biking.