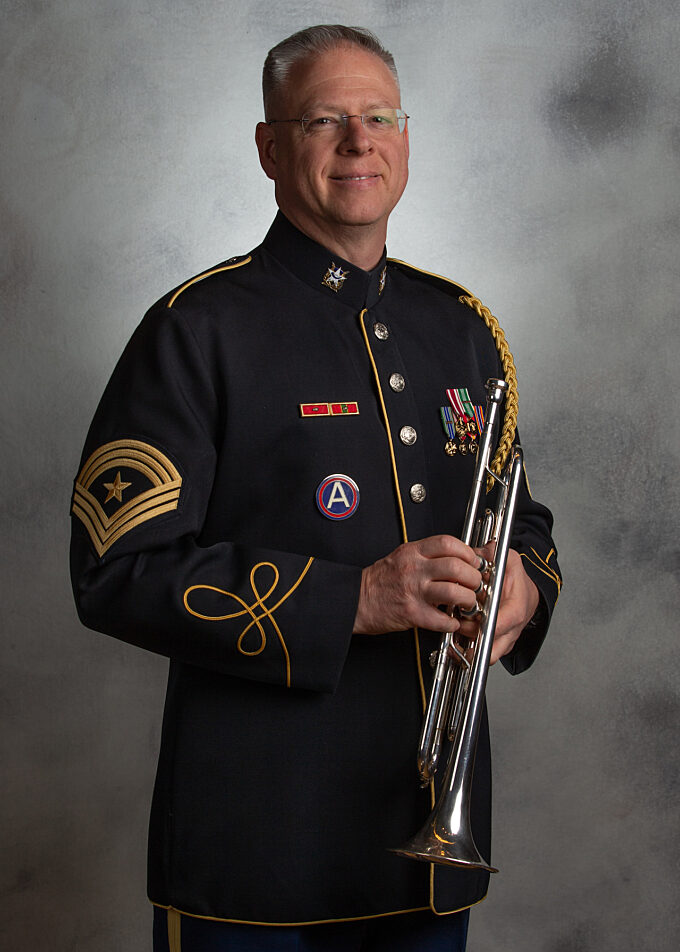 SGM Kenneth W. McGee grew up in Northern Virginia. He attended James Madison University from 1986 through 1991 and graduated with a bachelor’s degree in trumpet performance. He received his Master’s degree in trumpet performance from Northern Illinois University in 1993 where he served as the graduate teaching assistant, lead trumpet with the NIU Jazz Ensemble and director of the NIU All University Jazz Ensemble. In 1994, McGee joined the U.S. Army as lead trumpet with The United States Military Academy Band’s Jazz Knights at West Point, New York. In 1999, he returned to Virginia as the lead/commercial trumpet soloist with The U.S. Army Band “Pershing’s Own” and currently resides in Stafford, Virginia.