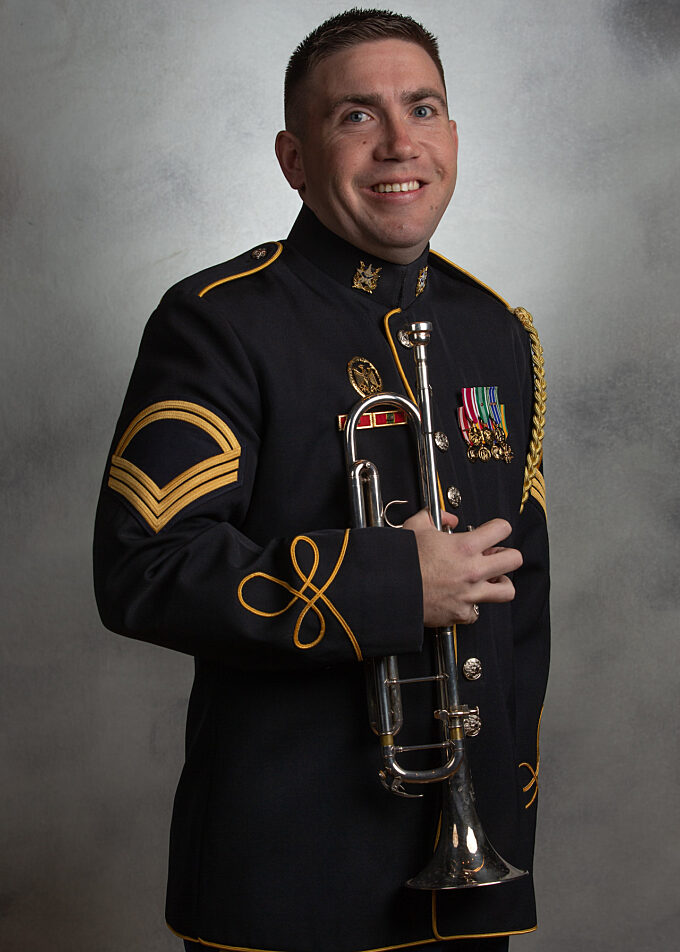 SFC Kevin Gebo is an international prizewinning trumpeter as well as an active freelancer and soloist in the Washington Metropolitan Area. Gebo received a Bachelor's Degree in Trumpet Performance from the University of Michigan, Master's Degree from the University of California-Los Angeles (UCLA) and a Doctorate degree from The Catholic University of America. Gebo frequently travels as a guest performer and clinician to universities and festivals and has been on faculty at The University of Arkansas, Fort Smith's "Brass Camp", California State University, Fresno's "Trumpet Festival", Grand Valley State University's "Trumpet Seminar", Northern Arizona University's "Curry Summer Music Camp" and Virginia Commonwealth University as Adjunct Professor of Trumpet. His performances have taken him all across the country as well as Canada, Austria, Australia and Germany. He was the principal trumpet on the Naxos recording of William Bolcom's "Songs of Innocence and Experience" which won four Grammy awards in 2006, including "Best Classical Album." Some of Gebo's most memorable experiences have been performing in the Inaugural Parade for President Barack Obama and on several live television and radio broadcasts. In December, 2010, Gebo was invited by Julia Fordham and Paul Reiser to perform as a featured guest on "The Tonight Show with Jay Leno" on their hit single "UnSung Hero".