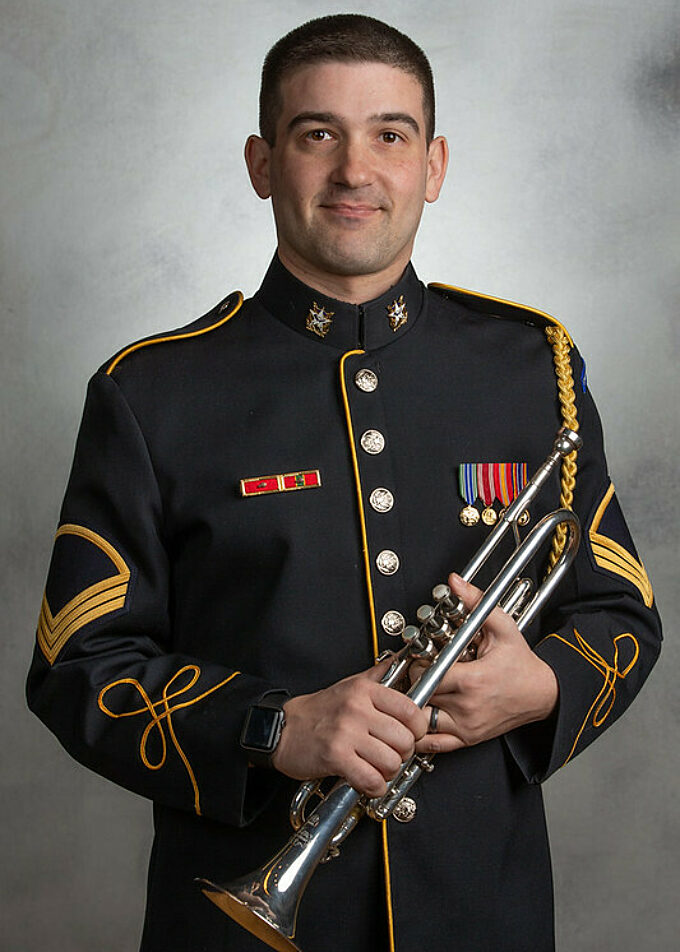 SSG Kevin Paul grew up in Los Angeles, California, and is currently a member of The U.S. Army Band “Pershing’s Own” in Washington, D.C. He performs with the Ceremonial Band and Herald Trumpets. In 2018, Paul became a founding member of the U.S. Army Trumpet Ensemble, a group comprised of trumpeters from
all factions of Army Music: Premier Bands, Regional Bands, and the U.S. Army School of Music. From 2013
to 2018, Kevin served with The United States Army Field Band and Federal Brass quintet. As a soloist, Kevin
Paul has been featured with The U.S. Army Field Band on several concert tours, including performances of
George Gershwin’s Preludes (arranged for trumpet) and John William’s With Malice Toward None from the
motion picture “Lincoln.” Before joining the Army, Kevin served as Acting Principal Trumpet of the China
National Symphony in 2013. Kevin attended the Manhattan School of Music in New York City where he earned a master's degree in music. He also holds a Bachelor of Music degree from the Mannes College of Music. Kevin studied with many current and former members of the New York Philharmonic including Vincent Penzarella, Tom Smith, Phil Smith and former principal trumpet of the Metropolitan Opera, Mark Gould.