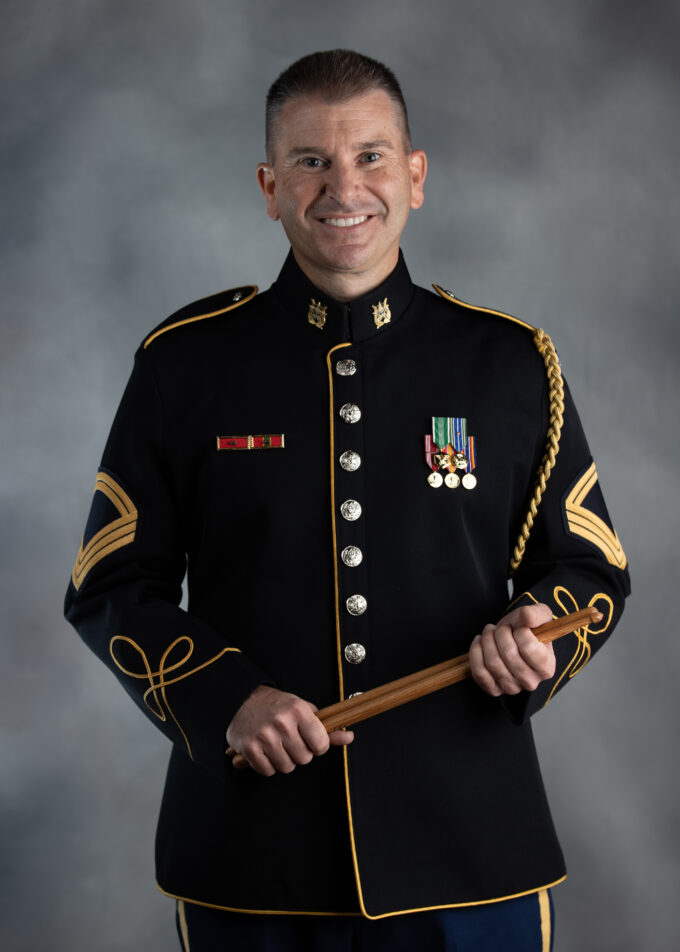 SFC Kristopher Keeton is a percussionist with The U. S. Army Concert Band. Prior to joining “Pershing’s Own,” Keeton held the position of Coordinator of Percussion/Assistant Professor of Music at both the University of North Carolina at Greensboro and at Virginia Commonwealth University. As a performer and soloist, he has appeared at Carnegie Hall, at numerous Percussive Arts Society International Conventions, and in Europe with the virtuoso Swedish percussion ensemble, Global Percussion Network. He is a former percussionist with notable organizations such as the Winston-Salem Symphony, Eastern Philharmonic Orchestra, Civic Orchestra of Chicago, Owensboro Symphony Orchestra, and Phantom Regiment Drum and Bugle Corps. As an artist/clinician, Keeton has appeared at notable events throughout the U.S. and Europe, including music festivals and conferences, university appearances, the Percussive Arts Society Days of Percussion, and at the internationally renowned music education conference, Midwest Clinic.Keeton received a Doctorate of Music and a master’s degree in Percussion Performance from the Northwestern University Beinen School of Music. His bachelor’s degree is in Percussion Performance from Western Kentucky University. He has studied with acclaimed percussionists Christopher Norton and Michael Burritt, James Ross of the Chicago Symphony, and drum set artists Chester Thompson and Paul Wertico.