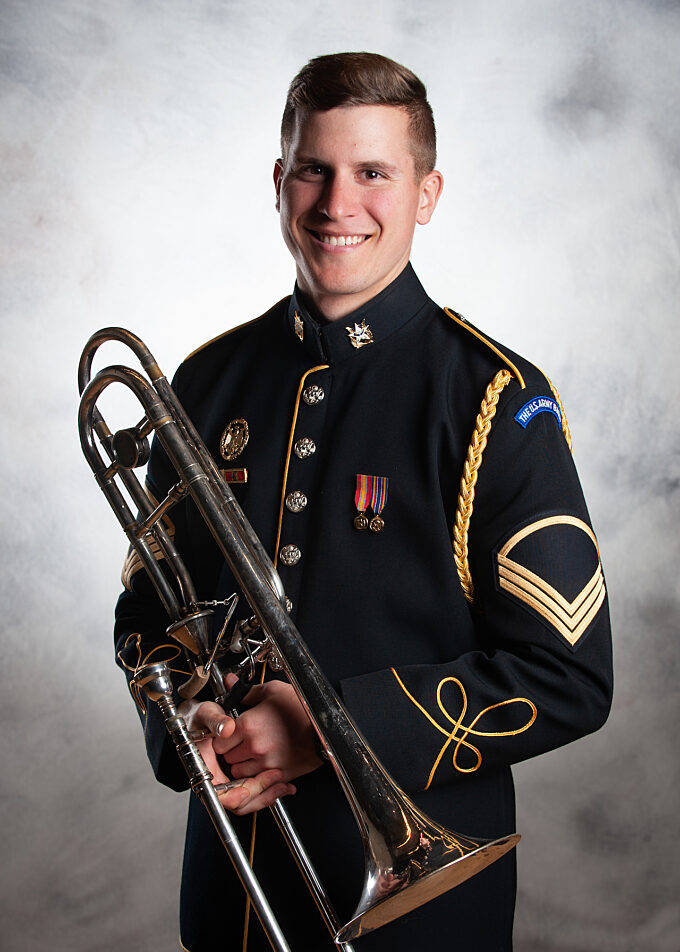 SSG Kyle Price, native of Lexington, SC, joined The U.S. Army Band “Pershing’s Own” in April of 2019. He attended South Carolina Governor’s School for the Arts and Humanities where he studied trombone under Dr. David Hamilton. He then moved to Boston, MA, where he spent his undergraduate years at the New England Conservatory studying with Toby Oft, Principal Trombone of the Boston Symphony Orchestra. Price also studied with James Markey, Steve Lange, and Norman Bolter of the BSO. While studying at NEC, Price performed with the Boston Philharmonic Orchestra and Eureka Ensemble, began performing at festivals and competitions, and eventually won his position with The U.S. Army Band.In his spare time Price enjoys working on new musical projects, biking, exercising, and woodturning, which led to the founding of his small business, “Peck Custom Designs,” where he creates conducting batons, trombone triggers, and other woodturning projects.